Information About the Various Types of Power Plants

Electricity can be generated using the kinetic energy of water, heat energy of the sun and coal, or from the nuclear energy released from the fission of nuclear fuel. Read on to know about the various types of power plants that use one of the many resources available to generate electricity.

Home / Land / Information About the Various Types of Power Plants 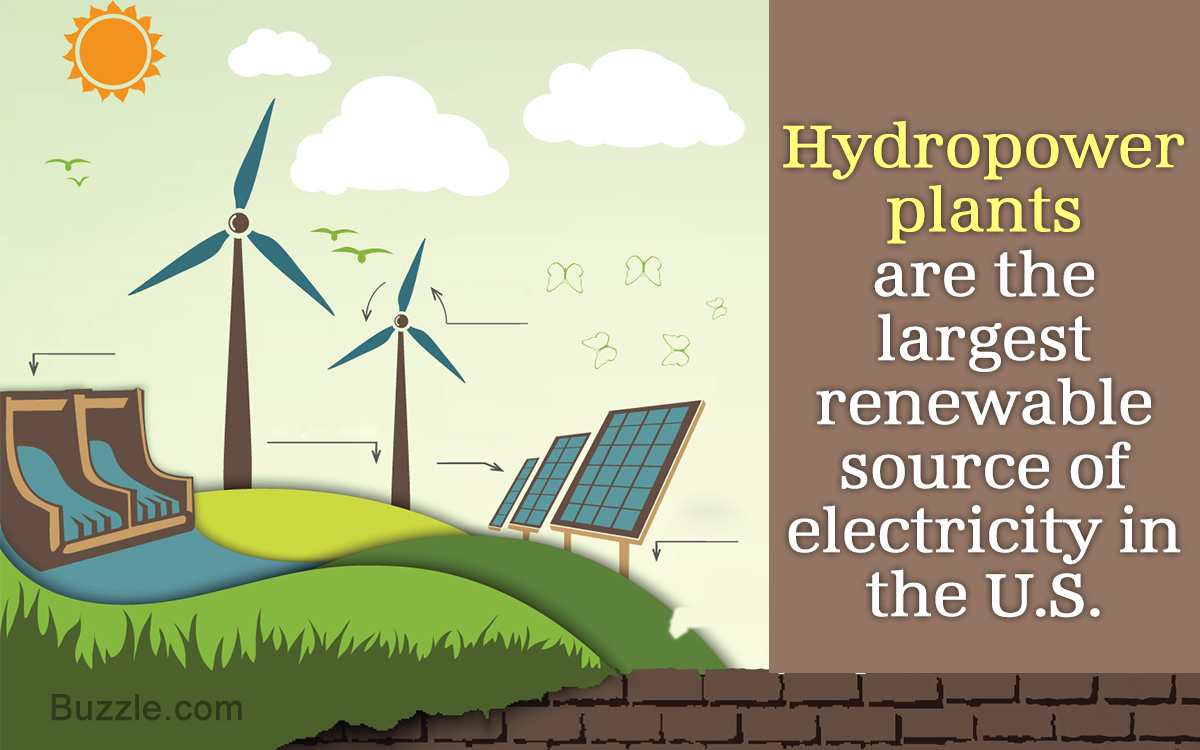 Electricity can be generated using the kinetic energy of water, heat energy of the sun and coal, or from the nuclear energy released from the fission of nuclear fuel. Read on to know about the various types of power plants that use one of the many resources available to generate electricity. 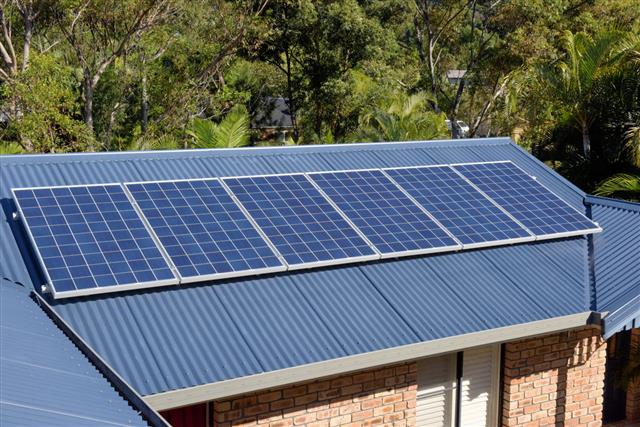 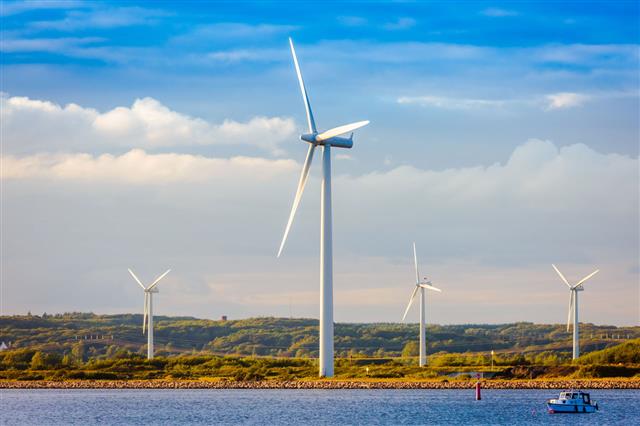 Energy is an important requirement for us. From running our air conditioners to fueling our vehicles, our daily survival depends upon energy. Energy requirements have led countries to war and continues to be a bone of contention between many nations. Insufficient power (energy) supply is one of the main causes of crippling economies. Strong power generation industry indicates strong economic growth and prosperity for any nation.

Energy comes in various forms. The most convenient of all of them is electrical energy. Not only is it easy to generate, but it can also be generated through a number of different ways with the help of different types of power plants. Although the word ‘generated’ is commonly used along with the term ‘energy’, it is a fact that energy cannot be generated or destroyed. We can just change the form of energy. At power plants too, energy that is available in a particular form is converted into another form.

Nuclear power plants work on the chemical process of fission. Nuclear reactors are used to generate electricity. Fission is a type of nuclear reaction in which, when the atoms of certain elements called nuclear fuels absorb free neutrons, they split into two or more small nuclei and some free neutrons. In the process, large amount of energy is released. The free neutrons further strike the atoms of other fissile materials, thus setting off a chain reaction. The energy released from this chain reaction is harnessed to generate electricity.

Nuclear power plants have ways to control or stop these reactions when they seem to go out of control and become threatening. The nuclear fuel used are Uranium-235 or Plutonium-239. Every country is in the race of becoming capable of harnessing nuclear energy. It is so because the free energy released by nuclear material is millions times more than that contained in an equal amount of any other traditional fuel. However, what raises the concern about these reactions is that a lot of radioactive material is created in the process. These substances remain radioactive for long. This raises the problem of managing nuclear waste.

Records show that there are about 435 working nuclear power plants in the world. You must have heard and read about the 2011 Fukushima nuclear accidents. Managing the ‘used fuel’ at the plants and reducing the chances of threats involve high designing skills, extensive research and use of advanced technology. Moreover, nuclear power stations should be able to sustain a terrorist attack (large fires or explosions), as power stations are preferred targets of terrorist attacks. Thus, the operating cost or cost of setting up a new nuclear plant is likely to shoot up rapidly not only due to increasing costs of fuels but also due to the advanced technology required.

Even today, coal is the most common fuel that is used by thermal power stations. The heat generated by burning the fossil fuels is used to turn a rotating machinery, most commonly a steam turbine or a gas turbine that changes the thermal energy into mechanical energy. The rotating turbine is attached to an alternator that coverts the mechanical energy of the rotating turbine into electrical energy. Handling and disposal of ash plays an important role in maintaining the environmental balance. These days, thermal power stations that use biomass or biofuel to generate electricity are being constructed.

These plants use the kinetic energy of flowing water to produce electrical energy. Hydro power plants store water in large reservoirs. Water in these reservoirs flow down the dam and rotate a turbine. As the blades of a turbine turn, so do the magnets inside the generator which is connected to the turbine. These magnets rotate past copper coils and with each rotation, electricity is produced.

There are more than 2,000 hydro power plants in the US, making it the largest source of energy in the country. Despite their utility, their major drawback is that they are highly dependent on the hydrological cycle of the area where they are built. Less electricity is generated when the supply of water to the plant is insufficient. Some hydro power stations were shut down due to shortage of water.

Direct benefits of dams, reservoirs and hydro power plants include increased availability of water for drinking and for crops, improved irrigation, good employment opportunities and a better standard of living for the villagers in the surrounding area. Construction of dams and hydro power plants results in economic and social upliftment of the local people. Reservoirs also promote fish farming and eco-tourism in the area.

But, at the same time, people have to surrender their lands, millions are displaced, as few villages, cities and towns are flooded due the dam. According to the available records, the Three Gorges Dam, built on the river ‘Yangtze’ in China is the world’s largest hydro power project. 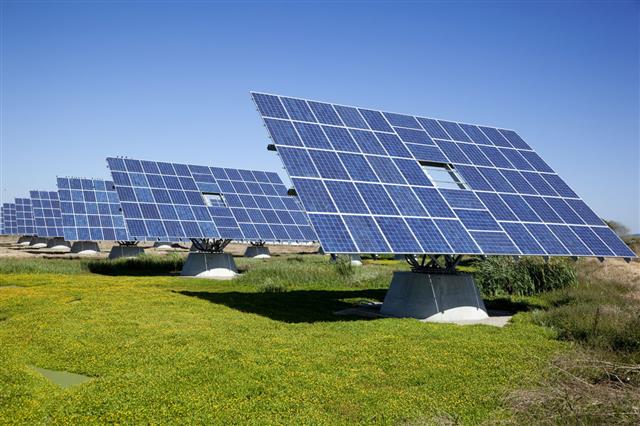 Solar energy is one of the most abundant natural resources that is capable of providing more power than the current demand requires. Most of the solar power plants are concentrating solar power plants in which the rays of the sun are concentrated into a single beam using lenses and mirrors. The beam is then used to heat a working fluid that is used to generate power. Besides these, multi-megawatt photovoltaic plants have also been built in recent times. In these plants, Sun-rays are concentrated on photovoltaic surfaces which convert the Sun’s energy into electrical energy using the photoelectric effect.

Scientists are working on the idea of space-based solar power station. It involves collection of solar power in the solar panels fixed on a satellite in earth’s orbit and its use on earth. More solar energy is available in the space than that is available on the surface of the earth. It is easier to collect solar energy in space. On the surface of the earth, various factors like day/night cycle, changing weather and seasons affect the process of energy collection. As the rays of the Sun pass through the gases present in the Earth’s atmosphere, their intensity is reduced. I hope, scientists succeed in achieving their goals within a few decades. 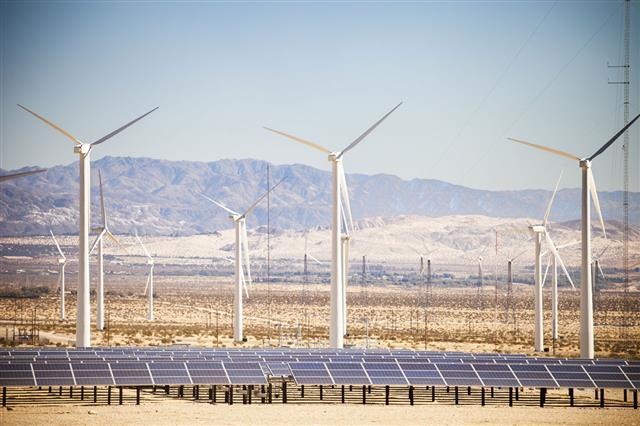 Although fission is the only way of producing energy in nuclear power plants, efforts are on to use nuclear fusion and radioactive decay for energy production. As far as conservation of energy is concerned, we should save electricity by taking stairs instead of using elevators whenever possible, switching off fans, televisions, music systems, lights, etc. when leaving the room, using timers and sensors, etc. This way, we can save the resources on the earth. 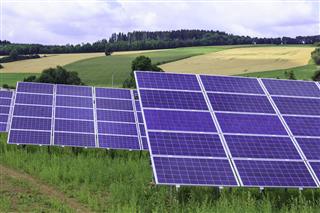 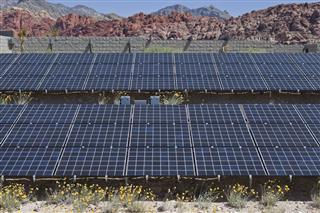 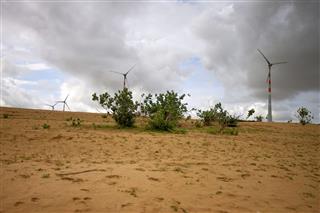