Reasons Why California is Going Through the Worst Drought in History

California is suffering from one of its biggest droughts ever, which has heavily impacted the economy of the state. This crisis has forced civilians to cut down their water usage. The parched lands still see no ray of hope, as weather conditions are not yet improving. This HelpSaveNature article explores the reasons that have been commonly said to be the causes of this drought.

California is suffering from one of its biggest droughts ever, which has heavily impacted the economy of the state. This crisis has forced civilians to cut down their water usage. The parched lands still see no ray of hope, as weather conditions are not yet improving. This HelpSaveNature article explores the reasons that have been commonly said to be the causes of this drought. 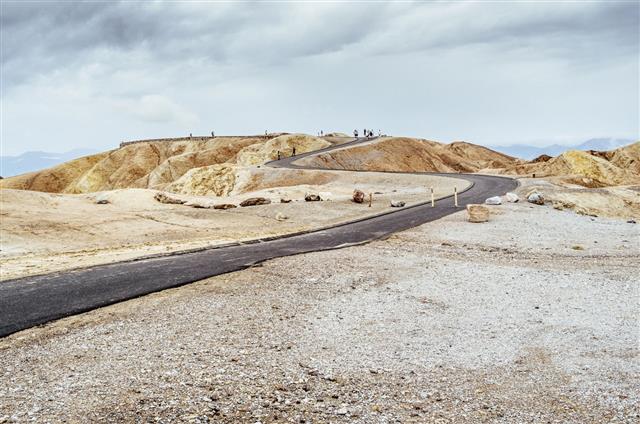 Latest News on the Block

Gov. Jerry Brown has announced mandatory restrictions to reduce water consumption in California – up to at least 25%, to combat the severe crisis of drought in the state.

Currently, California is facing one of its worst droughts in history. Though this state has faced droughts before, the current scenario is said to be the worst in the 500-year history of the state. The drought’s ugly head was raised in 2011, and as of 2015, California is still struggling with severe water scarcity.

The current crisis has evoked a situation of blame game. Even during the late 1970s, California had faced a drought situation; however, the population during those times was very less than what it is today. There have been so many debates over this issue, as to whether this situation is more due to natural causes or due to man-made causes, with new research findings coming up every time. Since the last couple of years, there has been so much research undertaken on this drought condition and steps to curb it.

Lake Shasta of California, with low water levels, which has impacted tourism and boating heavily.

New Spicer Meadow Reservoir in the Sierra Nevada, in Tuolomne County of California.

Major Causes of the Drought

Global warming is one of the suggested reasons of low precipitation, which has resulted into severe drought conditions in California. According to the National Oceanographic and Atmospheric Administration (NOAA), the first three months of 2015 have been the warmest period here, breaking last year’s record of being the warmest year for the state.

Low levels of snowpack since the last four years is a major reason why the state is facing a drought condition. California relies majorly on snowpacks for its water supply. Hence, the situation has worsened a lot.

A persistent high pressure area formed in California for the past 3 years, which again led to low precipitation, ensuring low rainfall and water scarcity in the state.

Rainfall Patterns
Due to extreme climatic variations and high pressure, the rainfall pattern has been irregular and not commensurate enough to meet the requirements of the people here, which has added to the woes of water scarcity.

Some say that the number of immigrants have increased by leaps and bounds, which has put a strain on the water resources here. However, this reason is a disputed one, and some experts claim that the number of people do not have a significant impact on a drought situation.

Some even blame that a faulty water management system by environmentalists has worsened the already-bad situation in California.

Long-term Effects of the Drought

Drought conditions have increased the chances of wildfires in California, and the National Forest land has already witnessed more than 100 such wildfires. These wildfires have forced many homes to be evacuated.

Drilling holes in the ground has also increased the menace of seawater intrusion, resulting in the contamination of water.

With greater degree of reliance on groundwater, there is a higher threat of groundwater depletion, which also results into land subsidence (gradual sinking of the land).

With the beautiful lakes and reservoirs all drying up, there is less scope for recreation and tourism, which is again sucking up the revenue of the state, and reducing the jobs of people.

Agricultural activity in California requires the maximum amount of water. Hence, the scarcity of water is a major threat, resulting in huge agricultural losses and farmers losing their livelihood. It has already started reflecting in increased prices of fruits and vegetables.

Reports indicate that almost all areas in California are suffering from water scarcity. A strong El Niño might help improve the situation. However, right now, it seems to be a weak one, which is bad news for California. Currently, there are strict restrictions imposed on the citizens regarding excessive usage of water, with hefty fines being imposed to those who do not follow them. People are encouraged to conserve water by cutting down unnecessary usage, and use recycled water as far as possible. While the government and the environmentalists are digging for new solutions, the people of California have to give their best effort to combat this grave issue.

Creative Ways to Repurpose Your Everyday Plastic Bottles
Lake Karachay: The Most Polluted Spot on Earth