Causes and Effects of Industrial Water Pollution You Never Noticed

Industrial water pollution is caused by the discharge of harmful chemicals and compounds into water, which makes it unsuitable for drinking and other purposes. Although 70% of the Earth is covered by water, only water bodies like lakes, ponds, rivers, reservoirs, and streams provide us with fresh water, and so, keeping them clean is an issue of survival not only for humans but for all other forms of life.

Industrial water pollution is caused by the discharge of harmful chemicals and compounds into water, which makes it unsuitable for drinking and other purposes. Although 70% of the Earth is covered by water, only water bodies like lakes, ponds, rivers, reservoirs, and streams provide us with fresh water, and so, keeping them clean is an issue of survival not only for humans but for all other forms of life. 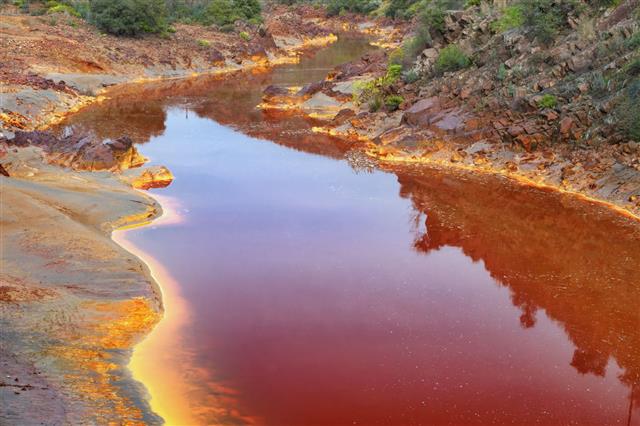 Since the industrial revolution, we have achieved a lot; our manufacturing processes have become more efficient and productive, science has become much more advanced, and our life has transformed a great deal. But perhaps nothing comes without a price. All the advancement and development witnessed in the last few centuries have also brought with them a wide spectrum of problems, water pollution being one of them.

Pollution refers to the contamination of the environment by harmful and waste materials, which bring about a significant change in the quality of the surrounding atmosphere. Environmental pollution can be classified as air pollution, water pollution, and noise pollution. Water pollution signifies contamination of water bodies, which makes their water unfit for drinking and other purposes. There are basically five primary sources of water pollution―domestic sewage, agricultural runoff, industrial effluents, wastewater from septic tanks, and stormwater runoff.

There are lack of strict pollution control policies in many countries of the world, especially in the developing and underdeveloped countries. In many countries, policies are there, but the apathy of the enforcement authorities has allowed industries to take such laws for granted and bypass them easily.

Use of Outdated Technologies

In many countries, industrial water is not treated adequately before discharging it into rivers or lakes. This is particularly true for small scale industries that do not have enough capital to invest in pollution control equipment.

Leaching of Resources From Mines

The extraction of minerals through mining and drilling causes industrial water pollution. Mining and drilling operations make the land useless for agricultural activities, and any accidental leakage can escape into the surrounding water and then enter the ocean. Oil spills can pollute both the land and the sea. Wastes generated during mining operations can increase the salt and mineral content of water, and change its pH level. Mining pollutes both surface water ground water.

The wastes generated in various industrial processes can basically bring about the following changes when they are poured into the water bodies.

Effects on the Ecosystem

Industrial water pollution can have far reaching effects on the ecosystem. The water used in various industrial processes comes in contact with toxic chemicals, heavy metals, organic sludge, and even radioactive sludge. So, when such polluted water is thrown into the ocean or other water bodies without any treatment, they become unfit for any human and agricultural use.

The radioactive sludge deposited at the bottom of water bodies can remain highly radioactive for many decades, and pose serious health risks for people living nearby. Nuclear reactors are also a major source of thermal pollution along with power plants. Thermal pollution refers to an increase in ambient water temperature. It can have an adverse effect on aquatic or marine life, as some organisms are extremely sensitive to slight changes in temperature.

Algal bloom is often followed by the death of a large quantity algae, which are decomposed by bacteria by using oxygen. Thus, the entire process of algal bloom, and the consequent bacterial decomposition of algae deplete the amount of dissolved oxygen in water. Sometimes, this process can reduce the oxygen content of water to such an extent that it can no longer support aquatic life. Such hypoxic areas of ocean, where marine life cannot survive are known as dead zones.

Increase the Murkiness of Water

Industrial wastewater can increase the murkiness of water. This in turn, can prevent sunlight from reaching the bottom of the water bodies. As a result, bottom-dwelling plants can fail to photosynthesize. Excessive murkiness of water can also block the gills of fish, and thus, make it difficult for them to take up dissolved oxygen from the surrounding water.

Nitrates and phosphates are basically found in fertilizers, and they can contribute to the process of eutrophication, which can cause the formation of dead zones. On the other hand, presence of high levels of carbon tetrachloride in drinking water can cause liver problems. Another industrial pollutant benzene is suspected to be associated with diseases like anemia and low blood platelets, and an increased risk for cancer.

Though industrial water pollution is difficult to contain, it is not impossible. A greater awareness needs to be created among the common mass about how water gets polluted, its effects on human health and marine life, and how it can be prevented. It is not possible to reduce water pollution without public cooperation, and cooperation of industrial units.

Some industrial wastes are ordinary wastes, just like domestic sewage. Such wastes can be easily treated by the municipal facilities. But some wastes like heavy metals, volatile organic compounds, and oil and grease do need special treatments. Industries can install a pre-treatment system to separate such dangerous wastes. The partially treated wastewater can be sent to the municipal system for further purification.

In the United States, the industries contribute to more than half of the total water pollution. In 1996, the U.S. Environmental Protection Agency in its National Water Quality Inventory, reported to the Congress that about 40% of the surveyed rivers, estuaries, and lakes were polluted to such an extent that their water cannot be used for activities like drinking, fishing, and swimming. To control the menace of water pollution, various legislation have been introduced by the United States, which include Federal Water Pollution Control Act (Clean Water Act of 1972), the Marine Protection, Research, and Sanctuaries Act (1972), and the Safe Drinking Water Act (1974). The Federal Insecticide, Fungicide, and Rodenticide Act was also amended in 1988. The cooperation of citizens and industrial units, proper enforcement of laws and regulations, and the availability of efficient and cheaper pollution control techniques are the most important prerequisites for the success of such legislation.