In today's world, sewage water pollution is one of the major problems faced by most cities. This kind of pollution leads to health-related and environmental issues. With proper treatment of water, it is possible to reduce water pollution. 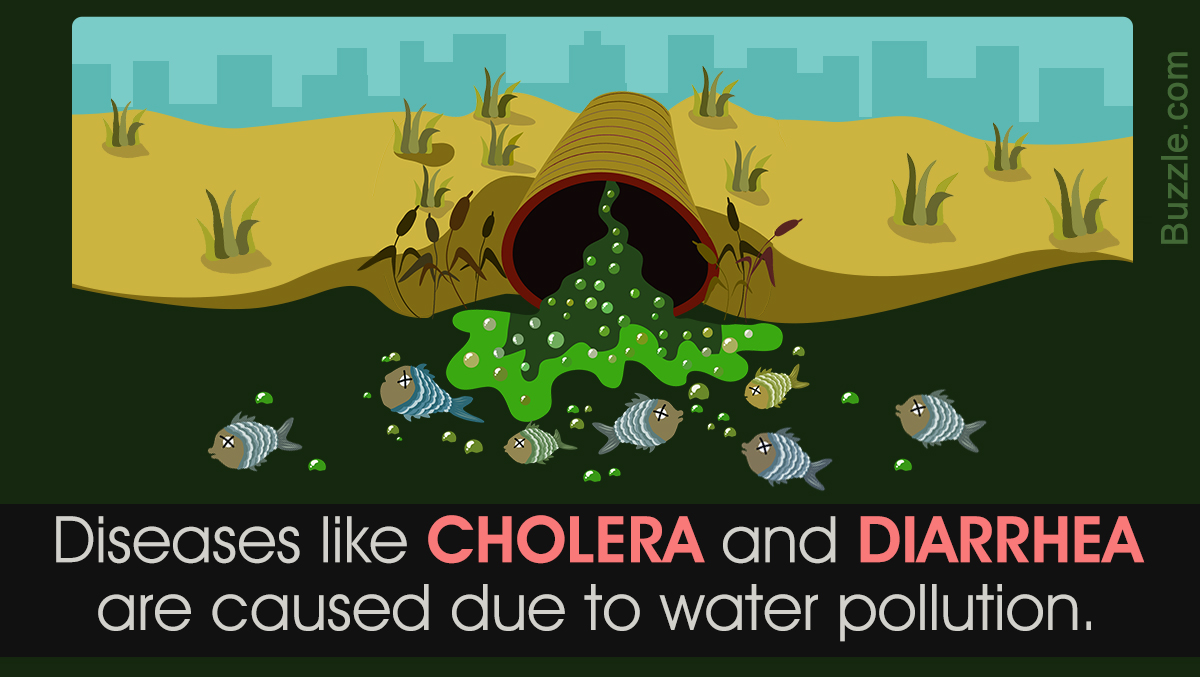 In today’s world, sewage water pollution is one of the major problems faced by most cities. This kind of pollution leads to health-related and environmental issues. With proper treatment of water, it is possible to reduce water pollution.

Pollution caused by sewage water is one of the major problems in cities the world over. Sewage water is drained off into rivers without treatment. Careless disposal of sewage water leads to creation of a chain of problems like spreading of diseases, eutrophication, increase in Biological Oxygen Demand (BOD), etc.

The water used for domestic, industrial and other purposes gets converted into waste water. It is termed as sewage water. In ideal conditions, sewage water is channeled or piped out of cities so that it can be recycled. Sewage contains organic wastes as well as chemicals. The pollution of water occurring from sewage is mainly observed in developing countries. In these countries, sewage water is not disposed in a proper manner. In developed nations, a network of sewage pipes is used to take sewage away from cities. Treatment of waste minimizes pollution resulting from it. However, even in developed countries, the older cities may have sewage systems that are leaky.

Improper handling of waste water is the main reason behind water getting polluted. Sewage is drained off in large quantities to rivers. It slows down the process of dilution of constituents of water; this in turn stagnates the river. It may also result into spread of diseases like diarrhea, typhoid, etc.

Draining off water without treatment is one of the major causes of pollution. Effluents present in sewage water contain innumerable pathogens and harmful chemicals. Detergents released in water contain phosphates and they allow the growth of algae and water hyacinths.

Sewage pollution is not always man-made or the result of human negligence. There are times when sewage systems receive flows greater than their capacity. It takes place in times of heavy rains. The excess flow of water results into overflowing of sewage systems; this in turn leads to sewage pollution.

The different ways in which sewage pollution affects our life can be found below. These details should offer insights on how to control the menace of water pollution caused by haphazard disposal of sewage into freshwater bodies and oceans.

Pathogens present in sewage water are responsible for spreading different kinds diseases. Stagnant water fosters the growth of mosquitoes, which in turn causes diseases like malaria. Another disease which originates from contaminated water is typhoid. Sewage water may also contain protozoans like Cryptosporium and Giardia. These pathogens pose a great risk to human health. Therefore, polluted water acts as a host to several pathogenic microbes.

The process of excessive deposition of chemical nutrients in water bodies is termed as eutrophication. It is one of the many problems which have their origin in sewage water pollution. Degradation of the quality of water, reduction in number of fish and increase in biological oxygen demand (BOD) are major effects or consequences of eutrophication. Increase in the concentration of phosphates, nitrates and other chemicals including organic wastes in water bodies causes excessive growth of algae and bacteria. Growth of such organisms is responsible for increase in BOD and thereby, reduction in the number of aquatic creatures. The growth of native plants is also hampered by excessive algal growth.

Toxins released in rivers through sewage water are consumed by fish and other aquatic organisms; thus, the possibility of toxins entering the food chain increases manifold. It is observed that coral reefs get affected by sewage pollution the world over. The sewage water dumped in oceans can affect the coral reefs to a great extent. The toxins present in polluted water inhibit the growth of corals.

Pollution of Drinking and Irrigation Water

Water bodies in their natural form contain small amounts of chemical compounds like bicarbonates, nitrates, chlorides, sulfates, etc. Rise in the amount of such compounds may cause many problems. For example, water becomes unsuitable for drinking and irrigation. The Total Dissolved Solids (TDS) present in water should be less than 500 mg/gram for water to be considered potable. Saline water is not considered suitable for irrigation either. Use of such kind of water for agricultural purpose leads to salinization of soil, which in turn causes soil erosion.

If sewage water is treated before its release into rivers, most problems associated with pollution would be solved. Removal of contaminants is the main objective of treatment of sewage water. Before the actual treatment of water, effluents are pretreated.

• The process of pre-treatment helps in the separation of oils, greases, gravel and sand from polluted water. This process is carried out by filtration of sewage water.

• Biological wastes dissolved in water are treated with microbes. It helps in converting wastes into a solid mass which can be easily separated later on.

• Once the biological treatment is over, partially-pure effluents are treated with chemical disinfectants. The water treated in treatment plants can be used in golf courses, for watering lawns and also in agriculture for irrigation.

Restoration of wetlands is one of the important means of treating sewage water. Wetlands allow to process sewage water naturally, without the use of any artificial method/technique. The idea behind restoring wetlands is that bacteria present in them would dilute the nitrates and phosphates. The same process takes place in sewage water treatment plants except that, here (in wetlands) it is carried out naturally.

Sewage water treatment is useful in today’s world where environmental issues are of prime concern. Through the process of treatment, efforts need to be taken to purify effluents. It should benefit not only human beings but also the varied flora and fauna of our planet. Let’s pledge to keep our environment clean and the harmful effects of sewage pollution at bay. 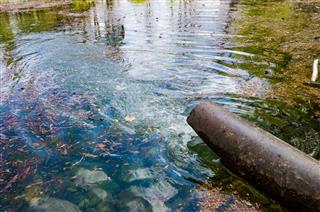 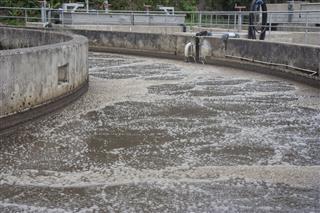 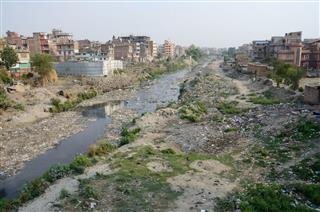 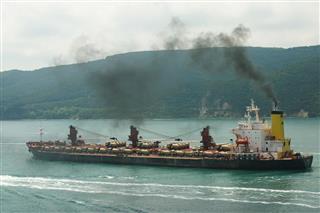 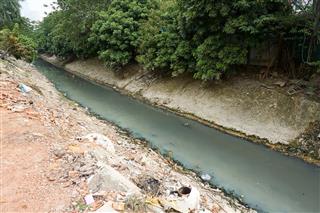 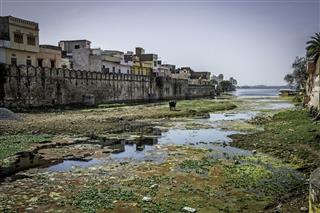 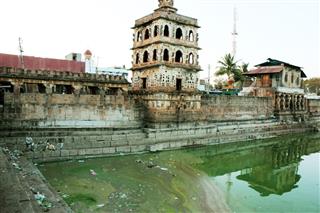 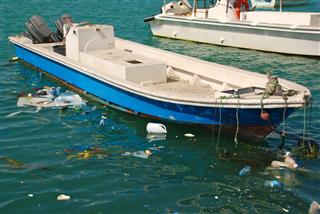 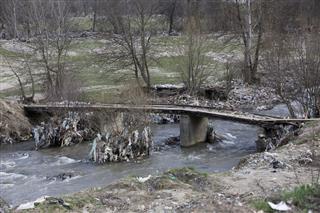 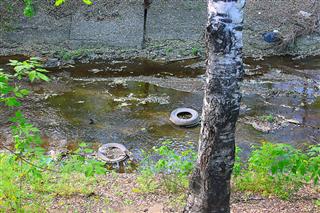 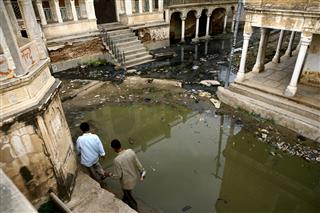 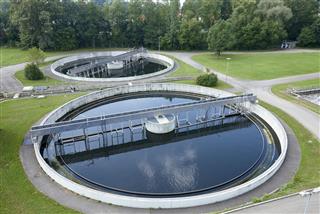 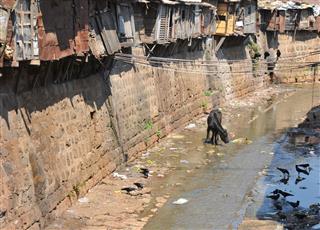 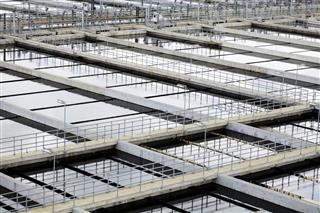 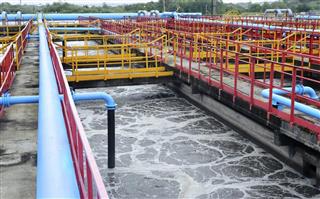 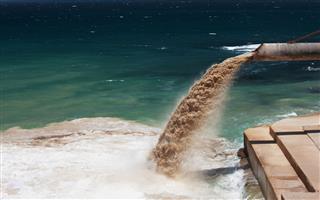