Fossil fuels are non-renewable and it's only a matter of time, before we run out of them. Effective alternatives exist, which can reduce the dependency of the world on this rapidly depleting and costly energy source. This article introduces you to the most promising ones. 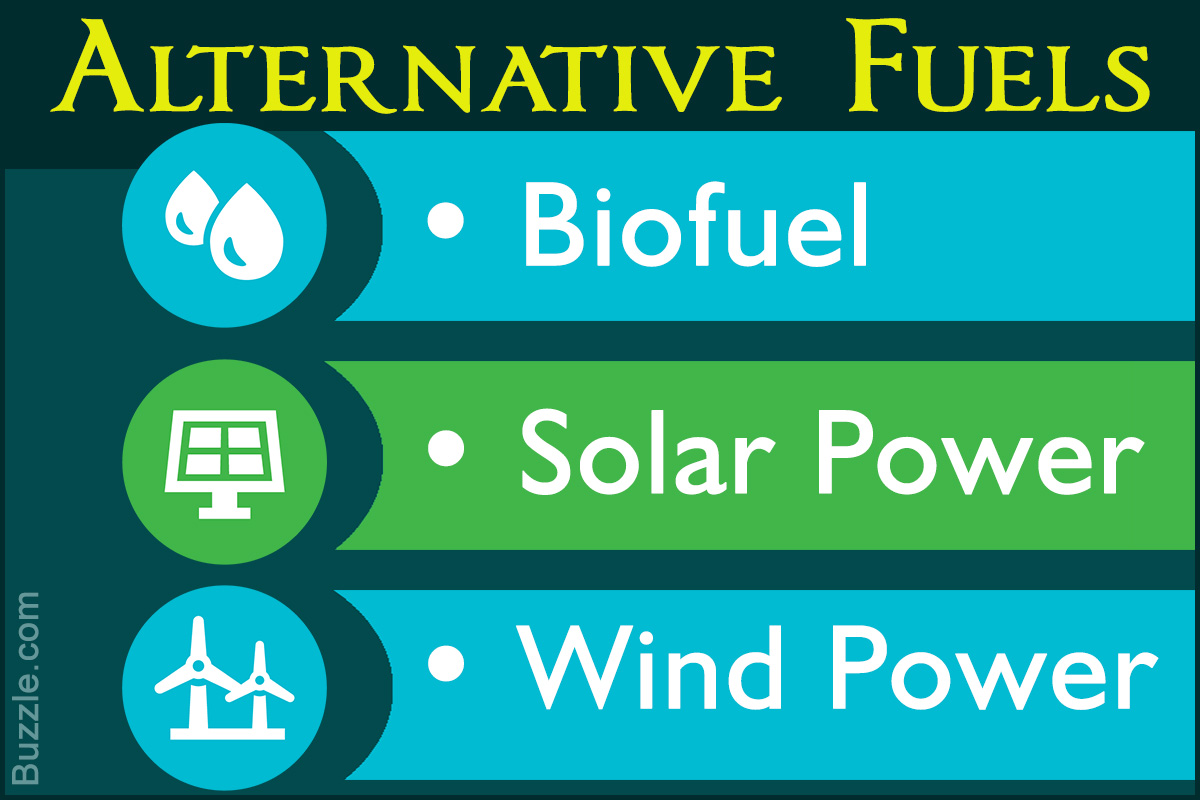 Fossil fuels are non-renewable and it’s only a matter of time, before we run out of them. Effective alternatives exist, which can reduce the dependency of the world on this rapidly depleting and costly energy source. This article introduces you to the most promising ones.

In 2013, the US biodiesel industry produced a total of 1.8 billion gallons of the fuel, thus taking a huge step in lowering emission levels, in the world’s most polluting country.

Finding alternatives to conventional fuels is the need of the day. As the world energy demand rises, the sources of fossil fuel are rapidly depleting. If the world goes for alternatives energy sources, we can abolish the hegemony of OPEC (Organization of Petroleum Exporting Countries) and other oil-producing countries, thereby reducing their stranglehold on the world economy and stop the global warming juggernaut that threatens our very existence.

The world needs to be rehabilitated, to get over its crude oil addiction, with renewable and cleaner energy sources like solar power.

All over the world, scientists and technologists are putting a considerable effort into the development of energy sources of non-fossil origin. From algae, to compressed air, all sorts of sources are being explored to supplant crude oil, as the energy mainstay of the world. Let us get briefly introduced to some of these alternatives.

Biodiesel is a kind of fuel, derived from vegetable oil and animal fat. It is an alkyl ester, which is obtained by transesterification of vegetable oil using ethyl alcohol. It is often used in a blended form, along with normal diesel. Currently, it is mostly used as a diesel fuel additive. This blending of biodiesel with normal diesel, reduces emission of pollutants. It has excellent lubrication properties. It is being widely introduced all around the world, in every type of locomotive. The percentage of biodiesel in blends, is set to increase in the near future as pilot programs find acceptance and prove the fuel’s commercial viability.

Alcohol derived from plant sources can be used as an effective alternative to fossil fuel. Ethanol, Butanol, Methanol, and Propanol are the alcohols of interest, which can be used as fuels. These four types can be easily derived from biological sources. They have properties which make them useful as fuels in automobile engines. In fact, Butanol is very similar to gasoline and has a comparable energy density. Methanol and Ethanol have high octane rates. Ethanol can be produced from sugar fermentation and is widely produced around the world, as an alternative fuel.

The answer’s blowing in the wind they say. In this case, wind is the answer. Of the many renewable energy alternatives available, wind power remains to be one of the best. Offshore and inland wind farms built all over the world, are contributing sizeably, to the overall energy output.

The working is simple in principle. Wind makes a turbine rotate, that drives the in-built generator to create electricity, which can be stored or distributed through a grid network. In terms of generation capacity, as of 2011, the United States of America produced 120.5 TWh (Terawatt hour) of wind power, followed by China, which managed 88.6 TWh. A typical wind turbine will be as high as a 20-story building, with three 200-feet long blades. Small turbines, with a blade that has a vertical axis, are also available. They look like giant egg-beaters. Tracts of land and offshore areas that have consistently high wind speeds, are ideal sites for wind farms.

Biodiesel can be derived from algae to serve our energy needs at large. Microalgae, harvested on a massive scale and then processed to be converted into biofuel, may act as a substitute to gasoline, as well as aviation fuel, in the near future. Almost 40% of the body mass of algae consists of fatty acids, which can be extracted and converted into biodiesel or algal fuel. Algae are being genetically engineered to produce strains that have a higher yield of fatty acids. Most importantly, large algae crops can be grown on lands that are not suitable for agriculture.

Companies like Exxon Mobil have invested in research ventures aimed at developing algal fuel as an energy source of the future. Synthetic Genomics, Propel, Sapphire energy, and Solazyme are four US companies that have already proved its viability, as a functional fuel source.

The properties of liquid Hydrogen make it an ideal candidate for use as an alternative to fossil fuel. In normal conditions of temperature and pressure, molecular Hydrogen has a peaceful co-existence with Oxygen and does not burn without an input of extra energy. Fuel cells have been developed, which use molecular Hydrogen as an effective form of alternative fuel.

The fuel cell converts chemical energy, contained in the molecule, to electrical energy. The major advantage of Hydrogen as alternative fuel is that its unit mass contains 2.8 times the energy contained in the same mass of gasoline. Hydrogen-powered cars are already a reality, but the problem lies in the cost of production. Until that cost is brought down, this technology is not commercially viable.

Maverick engineers have developed cars that can actually run on air. Compressed air engines or pneumatic motors convert the energy released through expansion of air, into linear or rotational mechanical energy. The amount of energy made available by compressed air, is dependent on its density. Some cars use compressed gases, that can be solidified. This technology is emission-free and lowers emission cost.

Cars have been developed using nitrogen-powered internal combustion engines. Regenerative braking technology, which stores the impulse generated through braking, uses liquid nitrogen as fuel. It is like an electric car in terms of circuitry, except that the batteries are replaced by liquid nitrogen fuel tanks.

Either one of Uranium, Plutonium, or Thorium nuclei are split in a controlled fission reaction, to generate energy, that can be used to create electricity. That is nuclear fission in a nutshell. Though not the cleanest replacement for fossil fuels and riddled with its own set of problems, nuclear power still remains to be of the prime alternatives. Despite the recent Fukushima Daiichi nuclear disaster identifying the dangers, that are inherent in this technology, in terms of power output, it still remains to be one of the best choices. Also, statistics reveal that the number of fatalities due to nuclear power plants have been significantly lesser than deaths due to fossil fuel mining, processing, and usage. In 2013, it accounted for 5.7% of the world’s energy output.

Areas near tectonic plate boundaries, are sources of geothermal power, where the underlying heat from the Earth’s inner cores, becomes accessible. Hot springs and geysers are the sites of modern geothermal reactors, that utilize the heat generated by the planet’s convective inner layer. In 2012, about 11,400 MW of electricity was generated through the use of geothermal plants. Though largely a localized solution, they can be effectively used in areas, where hot springs and geysers are accessible.

The one and only energy source that indirectly powers almost every other energy source on Earth, solar power remains our greatest hope for the future. As photovoltaic cells of higher efficiency and lower manufacturing cost, become a reality, solar panels find application in almost every power-hungry machine, from space stations, cars, to manufacturing plants. Solar parks are being built around the world, that can generate enough electricity to power a small city. One of the largest such parks is the Agua Caliente Solar Project in Arizona, which will generate about 397 MW of electricity, when completed this year.

The gravity-powered fall of water from great heights or the force of river water is used to drive turbines to generate electricity. That is the working of a hydroelectric power station, in a nutshell. In 2010, it accounted for 16% of the world’s energy generation capacity. The independence from fossil fuels, low emission levels, low cost of construction, and long life of these power plants have made them the default mainstay for power generation, throughout the world.

Currently, the largest hydroelectric power station, by installed capacity, is the one built at the Three Gorges Dam, on the Yangtze river in China, which generates 22,500 MW of power.

Electricity stored in batteries can power cars for long distances. Propelled by electric motors and powered by state-of-the-art batteries, electric cars are seeing a renewed interest. Zero emission levels and the promise of freedom from skyrocketing gasoline prices are some of the reasons that are driving the renaissance. As Tesla Motors has shown with its successful launch of Roadster, these cars may soon become a viable and cost-efficient alternative. In the latest batch of electrical vehicles that are gaining popularity, variants of lithium-ion batteries are primarily preferred for their larger lifespan, fast charging ability, and environmental friendliness. The Nissan LEAF (Leading, Environmentally friendly, Affordable, Family car) is currently the most popular and most-sold pure electric vehicle in the world.

The list is short but certainly promising. In the future, more such alternatives will be made available, as new promising technologies like hydrogen fuel cell and hybrid cars are made more affordable. By promoting the use of these alternatives, we can make our world a greener and safer place to live. 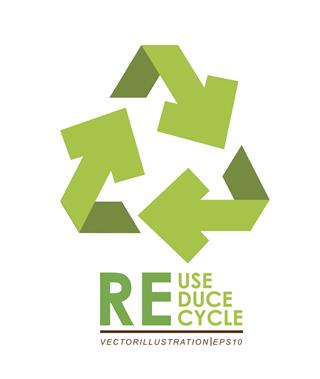 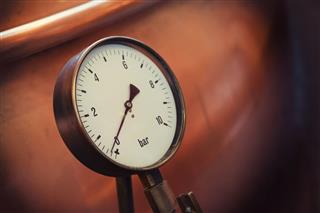 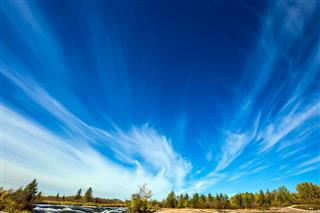