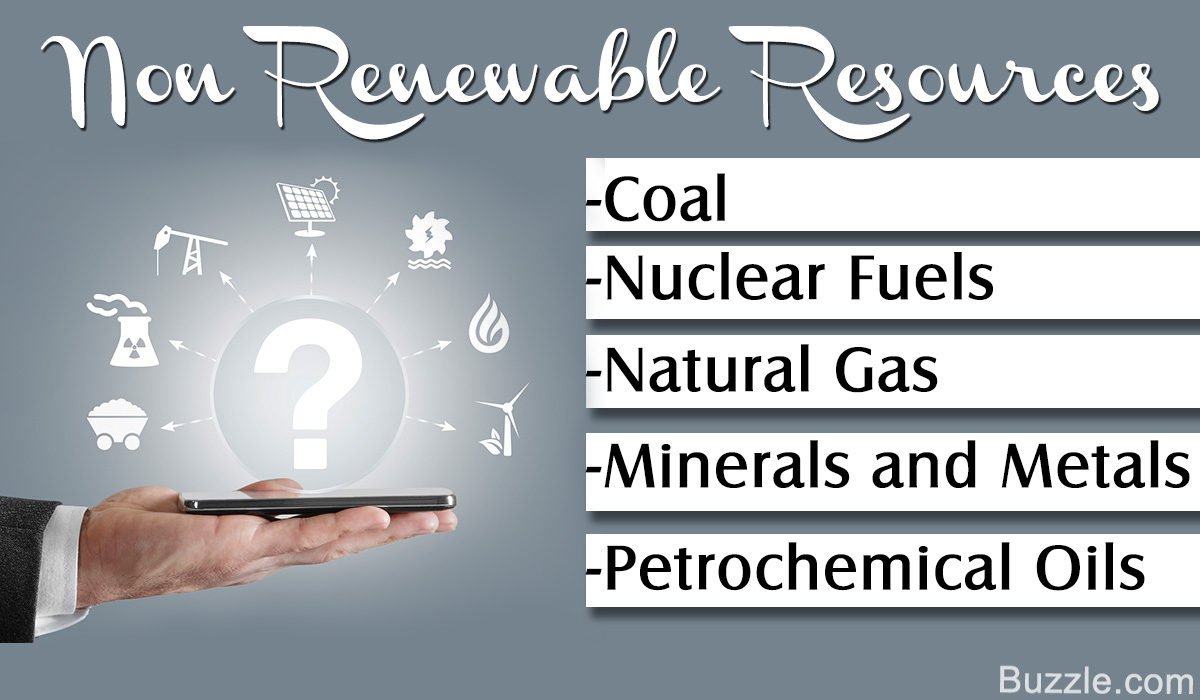 Coal is burnt in large quantities to acquire heat, which is converted into steam, used to run generators, which ultimately is used to produce electricity. This fossil fuel is the largest energy source, for the generation of electricity worldwide. The formation of coal takes more than thousands of years, and it is a task to extract it as well. Hence, using this resource to its fullest potential and not wasting it, is what people have to understand.

Nuclear fuels like uranium, platinum, plutonium, thorium and so on, are used to generate electricity and are also useful in various other projects and research work. Mishandling these nuclear fuels can lead to dangerous accidents or explosions. Hence, we need to use them carefully and dispose their waste properly too. Care must be taken with these valuable metals to avoid their depletion.

After refining liquid petroleum, a lot of energy products can be extracted, such as diesel, gasoline, heating oil, so on and so forth. The usage of these oils is gaining popularity, since they are cheap and have no substitutes as such. These resources have to be utilized properly as they are on the verge of getting extinct. Statistics show that if use of these resources is not controlled today, the resources will be exhausted within the next 30-50 years.

Natural gas is a mixture of gases like methane, ethane, propane and butane. The use of natural gas has increased to a great extent as it is cheap and environment friendly. It is used for heating, cooking, power and as a fuel in vehicles. But figures show that there are only about 100 mmt (million metric tons) available, which is estimated to last for only 100 years from now!

Although wildlife is considered to be a renewable source of energy, things seem to have changed. Our world is full of unique and rare wildlife species, but a lot of these are on the verge of getting extinct. One animal which of late, has featured majorly in world news, of being extinct, is the tiger. There are as few as 3200 tigers left in the world. If we cut down forests and take away the homes of these animals, then the future generation is sure to not see tigers and many other wild animals.

No doubt we will find a way out of this problem, but until this problem persists it is everyone’s responsibility to exploit these natural resources to the fullest and not waste a bit. We can do our bit at a personal level to combat the problem of non-renewable resources getting depleted by using the above list of non renewable resources responsibly, so that our future generations too can avail the benefits of these resources.