The cost-effectiveness of wind power is something that you need to give a serious thought, if you are contemplating the idea of opting for wind energy generation at home. Continue reading to find out how much you will have to spend on wind turbines installation, and whether this investment would be worth it.

The cost-effectiveness of wind power is something that you need to give a serious thought, if you are contemplating the idea of opting for wind energy generation at home. Continue reading to find out how much you will have to spend on wind turbines installation, and whether this investment would be worth it.

The recent nuclear crisis in Japan has once again shifted the entire focus on various alternative energy sources, including wind power and solar power – which are considered to be the most environment friendly of the lot. In fact, many people consider wind power to be the best alternative source of energy, and that has put it at the forefront in the race.

The fact that it is environment friendly, renewable source of energy is no doubt a silver lining, but is wind power cost-effective source of energy? Now that’s one question which has put it under the scanner of late.

Is the Development of Wind Power Worth the Efforts?

Experts in favor of wind power hint at the fact that the cost incurred on developing it has come down by a significant extent over the last decade or so. In 1990s, this cost came down by 15 percent for every three years at the global level. Even though it is quite difficult to quote a single figure, it is estimated that the power generation from wind amounts to somewhere around $0.025 per kWh – which is a decent improvement considering that the same was $1 per kWh in 1970s.

At the same time, the cost incurred on installation of wind turbines has also come down, reaching $800 per installed kilowatt. While that may seem quite promising, one also has to understand that this is the cost of wind power generation on a massive scale, and not for individual household. If you are contemplating the idea of resorting to wind power for your home use, you will be surprised to hear that the picture is in stark contrast to power generation in bulk.

Is Wind Power Cost-effective When it Comes to Homes Systems?

On an average, wind turbines for home cost anywhere between $500-$25,000 – with higher end turbines promising more in terms of efficiency. However, a lot also depends on the amount of wind that your area is subjected to. In areas wherein wind speed is low even a wind turbine worth $20,000 will not be of much use.

On the other hand, in a region wherein wind speed is decent, even a wind turbine worth $5000 will be quite useful. At the same time, the appliances that you use at home will also determine whether this source of power will be cost-effective for you.

While the cost will depend on various factors, a ray of hope comes from the fact that various jurisdictions provide tax credits, rebates and incentives for installing wind turbines for home use. If you can avail any such facility in your region, you will be able to write-off a considerable amount of initial investment incurred on the same. It will also bring down your monthly expenses on wind power generation at home down by a significant extent.

Even before you opt for power generation by harnessing wind, you will have to decide why you want to resort to this alternative source. If you want to opt for it to save the environment, you will have to give up on most of, if not all, the luxuries in life. If you intend to pursue a simple life, it will suffice, but if you look forward to a luxurious life, it will be difficult to rely on wind power alone.

In that case, you may prefer to go for a combination of two alternative sources of power – wind turbines for wind power and solar panels for solar power. A bit of initial investment will always be there, but this investment cost will be covered up by the amount of money you save in long term. 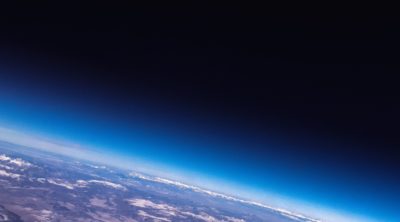