Effects of Plastic On Marine Life

Plastic is a very hazardous material with respect to its effects on the environment. It does not degrade or decompose easily and dumping it in large quantities can create landfills and garbage dumps. Read on, to see the impact of this material on the oceans of the Earth.

Plastic is a very hazardous material with respect to its effects on the environment. It does not degrade or decompose easily and dumping it in large quantities can create landfills and garbage dumps. Read on, to see the impact of this material on the oceans of the Earth.

A delicate balance exists between animals, plants and the habitat for the sustainment and proper functioning of the environment. Of course, the villain in this idyllic scenario is man and his products or creations. For every step forward man has made in fields of science, technology, art and health, to the environment he remains a deadly foe. From destroying the Earth’s forests to claim land to killing animals of all shapes and sizes for food, sport and fur, Man’s impact on the environment is alarmingly large to measure. In this article, learn about plastic pollution and its impact on the ocean with an in-depth look at the effects of plastic on marine life.

Effects of Plastic on Ocean Life

Cheap and quick production, durability and usefulness in a number of applications make plastic a desired material for creating objects. But its durability is what makes plastic so dangerous to the environment. Wood is bio-degradable, it will ultimately return to the soil. Metals are not completely bio-degradable but they can be melted and then re-molded to form something new.

But the chemical make-up of plastic makes it highly resistant to the degrading forces of nature. A plastic bag can remain for at least 10-15 years or even longer. To add to their harmfulness, they break into smaller and more minute particles. Burning them releases noxious fumes. So when a plastic bottle is dumped into the ocean, it can sink to the bottom and remain on the ocean’s floor for eons all together. That’s just one plastic bottle or a bag, imagine a whole boatload of plastic debris falling to the ocean floor. And plastic products will sink, only if there is some weight or mass to them. Here’s the real problem with plastic products; they float, especially plastic bags.

A plastic bag floating on the surface of the ocean can fool a sea gull or albatross into thinking it’s food. On scooping the bag up, the bird could try to swallow it and end up choking. If it manages to ingest it, the bag will slowly poison the bird from within. What about small pieces of plastic like bottle caps? Small, white pieces of plastic look like fish eggs or small fish. Such debris can be used to build nests and feed chicks. Another deadly plastic product is six-pack can rings. There are horrifying pictures of birds and fish getting entangled in these rings and slowly dying due to an inability to breathe. Such pack rings have sharp edges and can cut or wound an animal grievously. Plastic fishing nets have equally harmful consequences.

The following are some statistics showcasing the different harmful effects of plastic on marine life:

☛ A study conducted by Dutch researchers on marine life in the North Sea reported that the local seagull population has ingested so much plastic, that an average of 30 plastic pieces could be found in one seagull’s stomach.

☛ Albatrosses are other sea birds which are vulnerable to plastic pollution. According to some reports, albatross chicks die from being fed plastic by their parents, who have mistaken it for food.

☛ Plastic has been found in nearly every level of the oceanic food chain. From large predators like sharks and whales to turtles and jellyfish, no animal is safe from accidental ingestion. Even plankton, the tiniest of marine organisms have ingested plastic. In some areas of the ocean, like the Great Pacific garbage patch, plastic mass exceeds the local zoo-plankton population by a factor of 6!

An estimated 1 hundred million metric tons of plastic are present in the Earth’s oceans. If one plastic bag can bring down birds and fish, imagine the consequences of this number. The effects of plastic on marine life are so devastating, soon the planet’s sea animals and birds will end up as nothing but statistics. Species will slowly become endangered and then extinct. Keep our ocean’s clean. Try substituting plastic with paper or recyclable products. Reduce, reuse and recycle before it is too late for the Earth’s oceans. 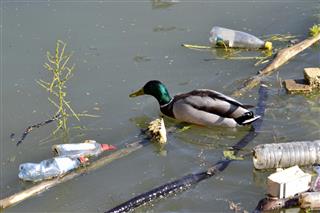 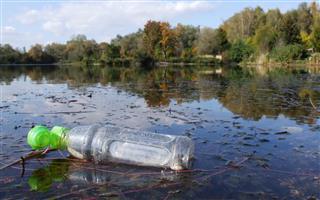 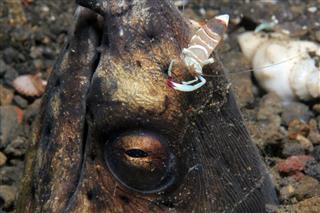