Effects of Air Pollution That Will Leave You Gasping for Air

With rapid industrialization and rampant depletion of the forest cover, pollution in the environment is at an alarming high. Here's a look at some of the very serious effects of one of the most widespread forms of pollution, that of the air we breathe. 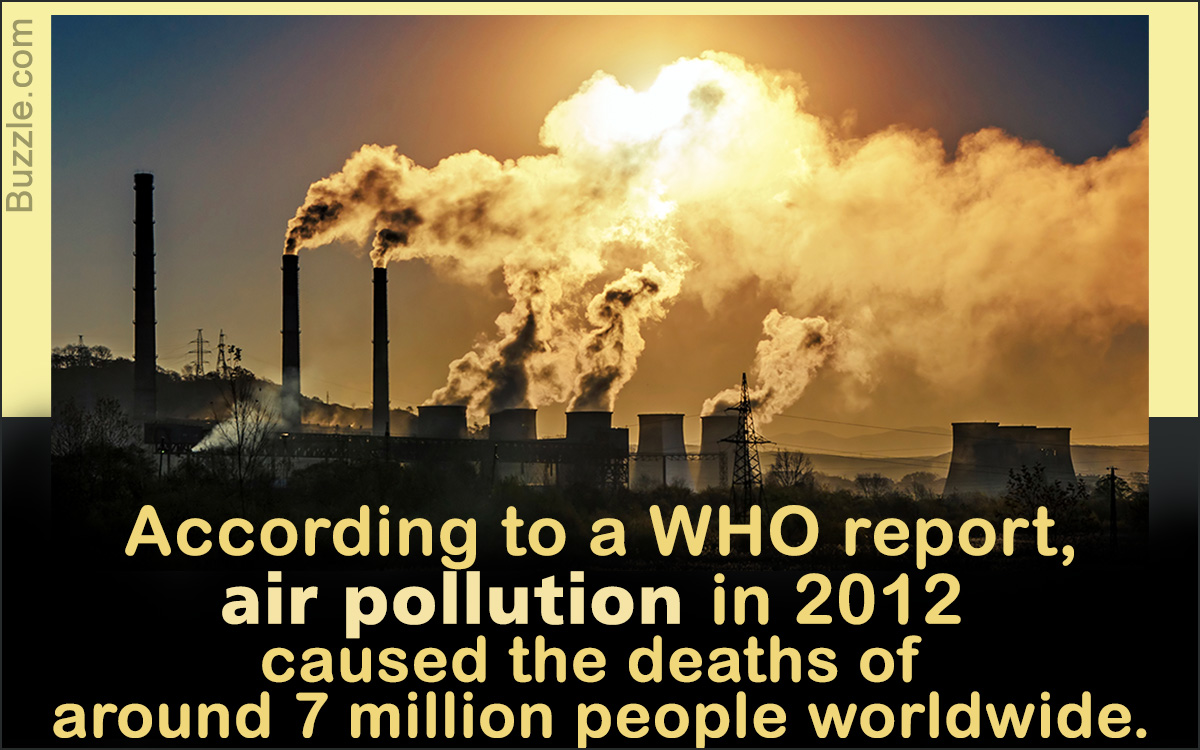 With rapid industrialization and rampant depletion of the forest cover, pollution in the environment is at an alarming high. Here’s a look at some of the very serious effects of one of the most widespread forms of pollution, that of the air we breathe.

Air pollution refers to the presence of chemical, biological, and particulate matter, and pollutants in the atmosphere around the living spaces. When inhaled, it affects the human biological system, and takes a toll on the quality of life, with the onslaught of a number of respiratory tract disorders. It is a condition triggered by the presence of air-borne pollutants in the air we breathe. These pollutants could either be the result of chemical emissions or the particulate material from biological waste.

The condition has reached alarming proportions in the modern world, with large-scale industrialization and vehicle-emissions being the primary culprits. The pollutants that are air-borne cause a lot of harm to humans and animals, other than permanent damage to the natural environment.

I. Facts about Air Pollution

The effects of air pollution on humans are in many cases life-threatening, and can be fatal. WHO statistics report that over 2 million people succumb to the fatalities attributed to air pollution on a yearly basis. Consistent exposure to pollutants leads to the development of a large number of diseases. Here’s a look at some of them.

A little known, yet potentially deadly disease, cardiopulmonary disease may affect both the lungs and the heart. It could cause inflammation of the air passage, and in turn lead to other serious complications.

This is a very common disease caused, that seems to be on the rise, especially in the underdeveloped world because of the extreme high levels of pollution in these areas. It is caused due to the inflammation of the lung tissue. Left untreated, it can be quite deadly.

The air which we breathe is the very essence of our life, and the most important factor in our existence too. All bodily functions are carried out because of the constant supply of fresh air that reaches our various organs through the blood stream. If the air we breathe is polluted, it can cause both short-term and long-term damage. With time, due to lack of proper fresh air circulation to our organs, they cease to function properly, and ultimately could lead to premature mortality.

The heart is the control center of the human body. The lungs constantly supply oxygen to the heart, which in turn pumps it through the blood to the entire the body. This perfect synergy of the heart and the other organs of the body ensure a healthy life for us. Over time, if we breathe in polluted air, it gets into our blood stream and causes many serious problems. These pollutants tend to accumulate in the coronary arteries and obstruct the flow of rich blood to the heart. This in turn affects the functioning of the heart, and can cause heart attacks.

One of the most common effects of being subjected to air pollution over long periods is difficulty in breathing, and in more serious cases, asthma. It is caused due to the swelling of the airway or the bronchioles, as they are called, because of the many pollutants in the air. Asthma causes major problems in an individual’s daily life, and in extreme cases can lead to death, if not tended to promptly.

A very large percentage of people all around the world today have difficulty in breathing, either in a small or a big way. This is all due to the ever-increasing levels of air pollution.

Wheezing and prolonged cough attacks are both symptoms of asthma, and are caused by the pollution in the air, which over time, affects the passage of fresh air into the respiratory tract.

Exposure to air pollution for prolonged periods can cause serious damage to the lungs. One such very severe lung condition is acute vascular dysfunction. Without proper treatment, this condition can prove to be fatal.

The body stays healthy due to the continuous supply of oxygen-rich blood to all its parts. When the blood flow to any part of the body is obstructed, that part tends to turn blue due to the clotting of the blood. If proper blood flow is not restored, that part begins to degenerate. This condition is called thrombosis.

Cystic fibrosis is a chronic disease found commonly amongst children. It is a very serious condition, wherein the parents who have been exposed to very high levels of air pollution pass on this disease to their children through their genes. This disease affects the lungs and the pancreas, and can be life-threatening.

This is a combination of a couple of diseases, namely, Chronic Bronchitis and Emphysema, both of which severely damage the lungs and can cause death. The cases of patients with COPD is at an alarming high because of the excessive air pollution all around.

There are a number of ways in which these polluting emissions can be controlled.

Some of the most polluted countries of the world are Australia, USA, the UK, China and India. The greenhouse effect is a life-threatening global phenomenon, that is the creation of air pollutants. This phenomenon is the result of the trapped greenhouse gases in the upper atmosphere. Accumulation of carbon dioxide gas, methane, nitrogen oxides, hydrofluorocarbons, perfluorocarbons and chlorofluorocarbons have brought about a major climate change, increased acidity of ocean waters, and major modifications in marine ecosystems.

This is our world and it is up to us to preserve it for our own survival. Pollution is a very serious problem which has come upon us, and it’s up to each one of us to take responsibility and bring about a positive change. It’s our actions today that are going to decide the fate of the generations to come. Let’s save our planet. Let’s change ourselves, the world will follow. 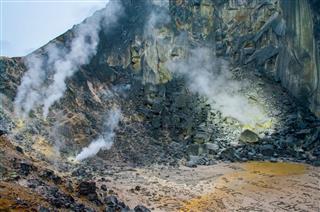 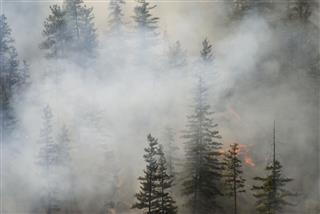