Do Solar Panels Work at Night?

If you are using solar power to light up your house, it can be a bit tedious as the efficiency of solar panels decreases considerably in winter, or during overcast conditions, as less amount of sunlight reaches the panels. At night, things become even worse as there is no sunlight to be harnessed. In such circumstances, the apt way out is to opt for conservation of solar energy, which can be done by resorting to a battery bank, or utility grid backup.

If you are using solar power to light up your house, it can be a bit tedious as the efficiency of solar panels decreases considerably in winter, or during overcast conditions, as less amount of sunlight reaches the panels. At night, things become even worse as there is no sunlight to be harnessed. In such circumstances, the apt way out is to opt for conservation of solar energy, which can be done by resorting to a battery bank, or utility grid backup. 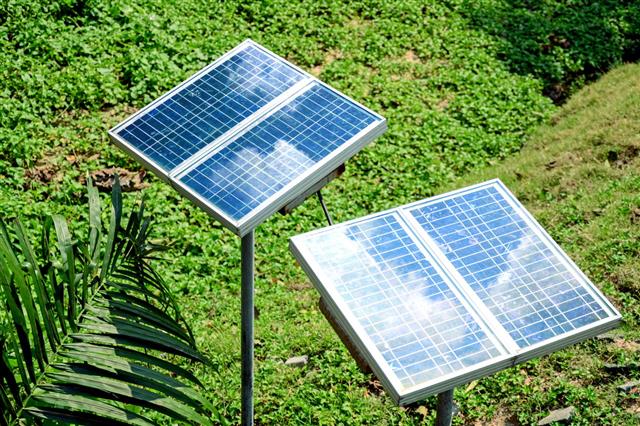 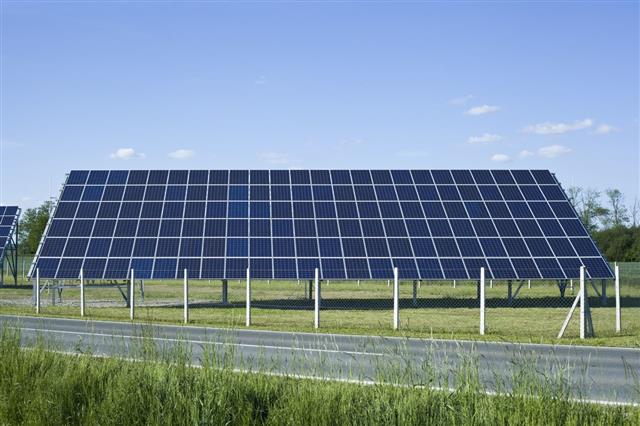 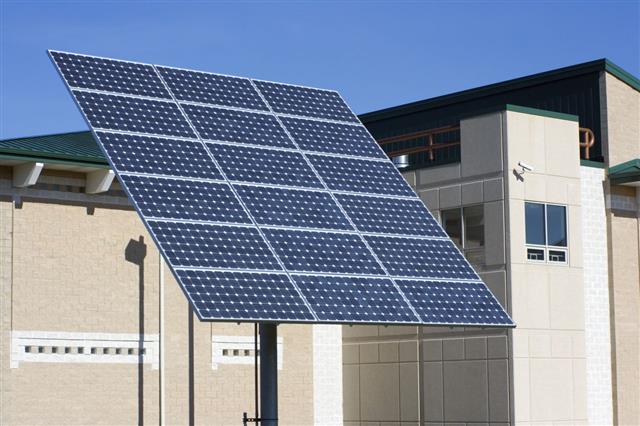 An alternative source of energy is the need of the hour. The rate at which we are using the non-renewable resources on our planet, we are bound to run out of them sooner, or later. Being cost-efficient and renewable, solar energy is perhaps the best possible replacement for harmful fossil fuels. In fact, the data compiled by the U.S. Energy Information Administration shows that covering 4 percent of the deserts on the planet with solar panels will solve the power woes of the entire world.

As its name suggests, solar power is generated by harnessing the heat and light of the Sun using solar panels made of numerous photovoltaic cells. These solar panels are designed to absorb the heat radiated from the Sun, convert it to electrical energy, and store, or distribute it. The photovoltaic cells, popularly known as the solar cells, in these panels are made from semiconductors, like silicon. As soon as these cells come in contact with sunlight, the electrons in them are released.

After being let loose, the electrons seeking positive connection move on to the other side of the panel, which is positively charged using some element, such as boron. As the electrons continue moving to the other side of the solar panel, electric current is produced. This current is turned into voltage, when it comes into contact with the electrical contacts on the solar cell. The direct current (DC) is either stored in a battery or transferred through an inverter.

In this case, solar energy is converted to electricity throughout the day and stored in the battery bank for later use. The direct current is sent to the inverter, which converts it to alternate current used to power home appliances. The electricity produced in excess, on the other hand, is diverted to the battery bank. The charge controller keeps a tab on the rate at which electric current is added to the battery bank and prevents problems, like overcharging. Battery bank concept has proved highly successful for small-scale power generation, and efforts are being undertaken to use this concept at large scale.

In this option, the electricity generated by solar panels is sent to the inverter, wherein the direct current is converted to alternate current. From here the alternate current is passed on to the breaker panel. At the breaker panel, the amount of electricity required to power the home appliances is sent to your home, while the rest is diverted to the utility grid, which plays the role of the battery bank in this case. The electricity that is diverted to the utility grid is eventually used to power your house at night, or whenever required.

A bi-directional meter keeps a track of the amount of electricity diverted to the grid and the amount used from the grid. The amount of energy you send to the grid becomes your energy credit, which is deducted from your electricity bill, and thus the method is known as the ‘net metering system’. In other words, the utility grid, which can be used simultaneously with solar power, powers your house at night, or during a cloudy winter day when lack of direct sunlight hinders solar power generation. Being relatively inexpensive compared to the battery bank, this system is also quite popular in many parts of the world.

At times, the grid-connected PV power system is provided a battery backup to ensure that no energy is lost in times of power outage. If that is not done, every time there is a power outage, you will lose the electricity that is being generated by the solar panel.

The Future — Solar Panels With Nanoantennas

Conventional panels have only 40 percent efficiency, i.e., they can only convert 40 percent of the total solar energy they receive into usable electricity. Researchers are working on a new variant of solar panel, which is designed to work even after sunset. The same boasts of efficiency in the range of 80 percent. In this new technology, solar energy is harnessed using nanoantennas, i.e., the square spirals of conducting metal embedded into a sheet of plastic which can be easily folded.

The earth absorbs the infrared energy of the Sun and releases it after sunset. The new solar panels absorb this infrared energy released by the Earth at night and direct energy from the Sun during the day. Thus, they harness energy during the day as well as at night. Measuring 1/25th of the human hair diameter, these ‘nantennas’ are very small, but when it comes to efficiency, they overshadow their conventional counterparts with immense ease.

Streetlights working on solar power are the best examples of use of solar energy at night. The solar panels located above these streetlights conserve solar energy throughout the day, and this energy is used to light the lamps after sunset.

With technological advancement, solar power harnessing techniques are just expected to get better. More importantly, we are on the verge of climate change and fossil fuel exhaustion, which means we are left with no option but to find an alternative energy source as soon as possible. And when we talk of the available sources, solar power seems to be our best bet. 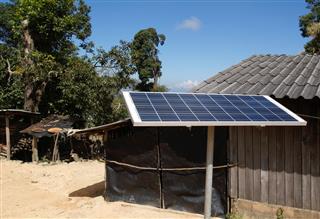 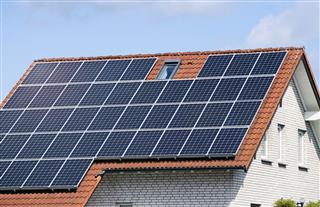 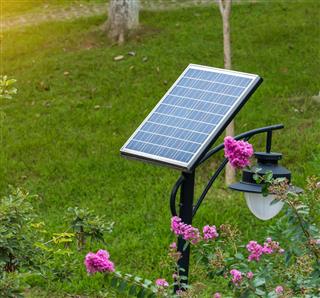 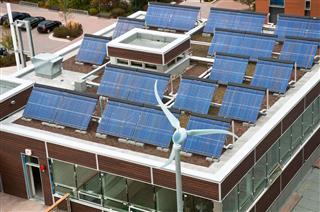 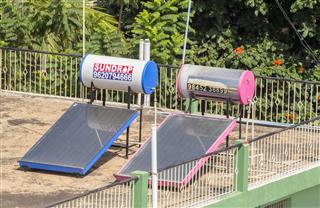 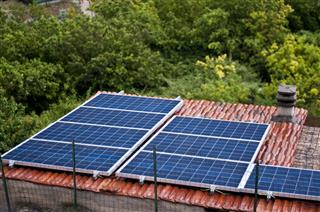 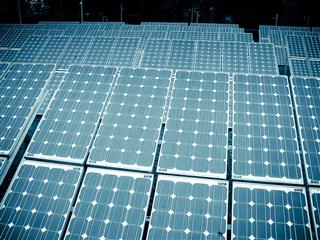 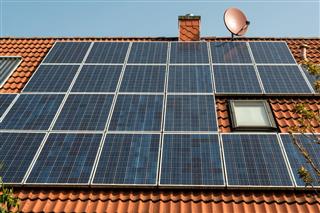 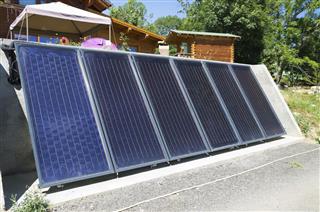 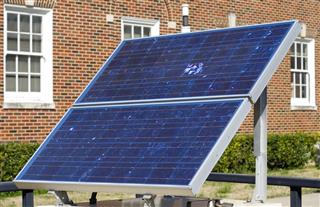 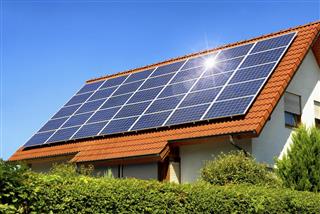 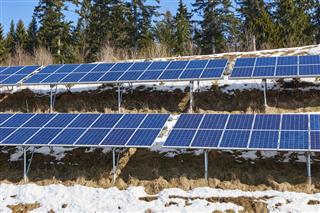 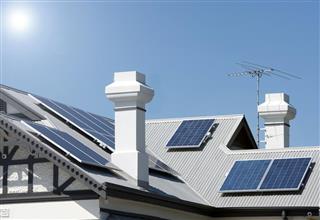 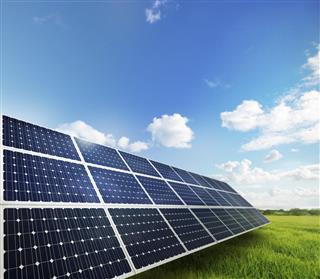 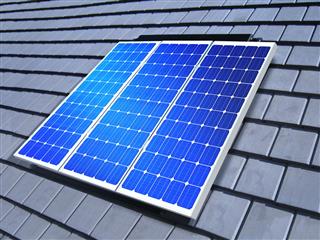 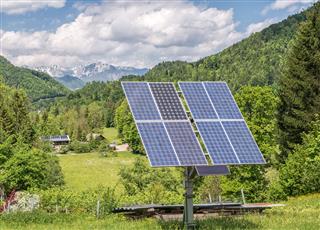