Carbon dioxide has become a very important issue in this age of global warming and climate change. This HelpSaveNature article lists the countries to blame for the increase in the amount of carbon dioxide in our atmosphere. 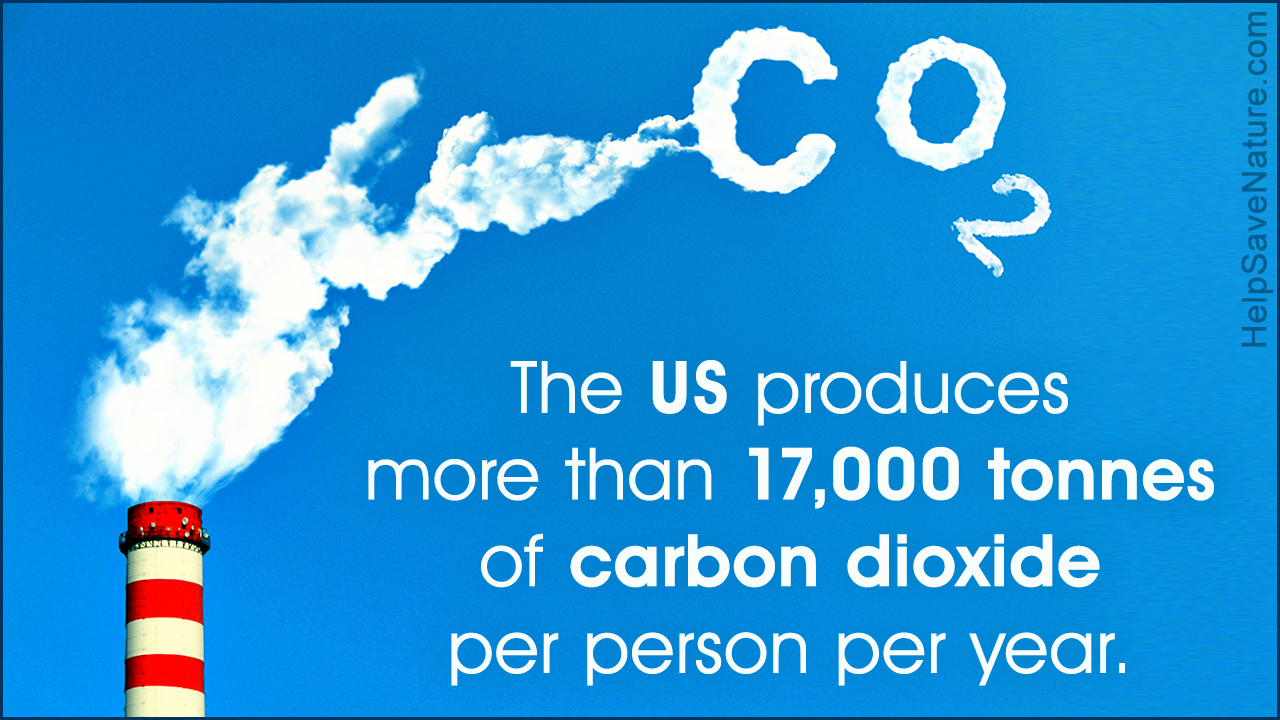 Carbon dioxide has become a very important issue in this age of global warming and climate change. This HelpSaveNature article lists the countries to blame for the increase in the amount of carbon dioxide in our atmosphere.

The amount of carbon dioxide in the Earth’s atmosphere has risen by about 35% since the Industrial Revolution!

Carbon dioxide is one of the main contributors to the much-publicized greenhouse effect on Earth. It absorbs infrared light, and then releases it slowly, thus, retaining heat.

Despite its vilification, carbon dioxide is actually essential for the sustenance of life as we know it. It traps some of the daytime heat of the Sun, without which nights on Earth would have been much colder. It is also an essential component of photosynthesis, without which plants would not be able to produce the food that starts every food chain in the world. Its mere presence is not a cause for concern, but the steady increase in its amount in the atmosphere has the potential to be.

The emission of carbon dioxide has become an important issue in global environment meets. It has been regulated in many countries, and efforts are being undertaken to reduce its emission.

These are the countries majorly responsible for the global emission of carbon dioxide, arranged according to their carbon footprint.

Numbers are estimations based on statistics for the year 2011 compiled by the Emission Database for Global Atmospheric Research. Comprehensive studies of 2012 or 2013 carbon emissions are not available at the time of writing.

The high amounts of carbon dioxide emitted by these countries can be attributed to a permutation of mainly two factors: a high population, and industrialization. India and China have the two largest populations in the world, which naturally increases the total carbon dioxide emitted, though the per capita amounts remain low. The US is also quite populous, in addition to being heavily industrialized. An interesting side-note in USA’s contribution to the carbon dioxide emissions is the preference to personal locomotion over public transport, which may increase the collective amount by a large degree. Russia is also quite populous, and heavily industrialized. An interesting feature of European carbon dioxide emission levels is that Germany, France, and the UK have been reducing their energy output consistently since the 1980s, while Spain and Italy have increased theirs in the same timeframe. Japan and South Korea are two of the most densely populated countries, and are home to countless manufacturing units, resulting in a high carbon dioxide emission despite their small size.

Though these countries produce the maximum amount of carbon dioxide, a different picture emerges when you convert the amount into a ‘per capita’ amount. Though China and India produce the most and third most amounts of carbon dioxide, respectively, their huge populations result in them only emitting about 7,000 and 1,500 tonnes of CO2 per person per year, respectively.

Qatar produces the highest amounts of carbon dioxide per person, emitting more than 40,000 tonnes per person per year! Fellow minnows Trinidad and Tobago, Netherlands Antilles, and Kuwait emit more than 30,000 tonnes, while Brunei, Aruba, Luxembourg, the UAE, and Bahrain produce more than 20,000.

Carbon dioxide emissions of a country are never exactly measured; that is impossible and impractical. It is always calculated as an estimation based on factors such as the country’s population, its energy output, etc.

Carbon dioxide has only become a threat in recent years. Many are still divided on the degree of its harmfulness, but most countries now regulate carbon dioxide emissions, or at least offer alternative ways to offset carbon emissions individually.