What’s Ungreening the Forests? Causes and Effects of Deforestation

Here are some of the main causes and effects of deforestation. 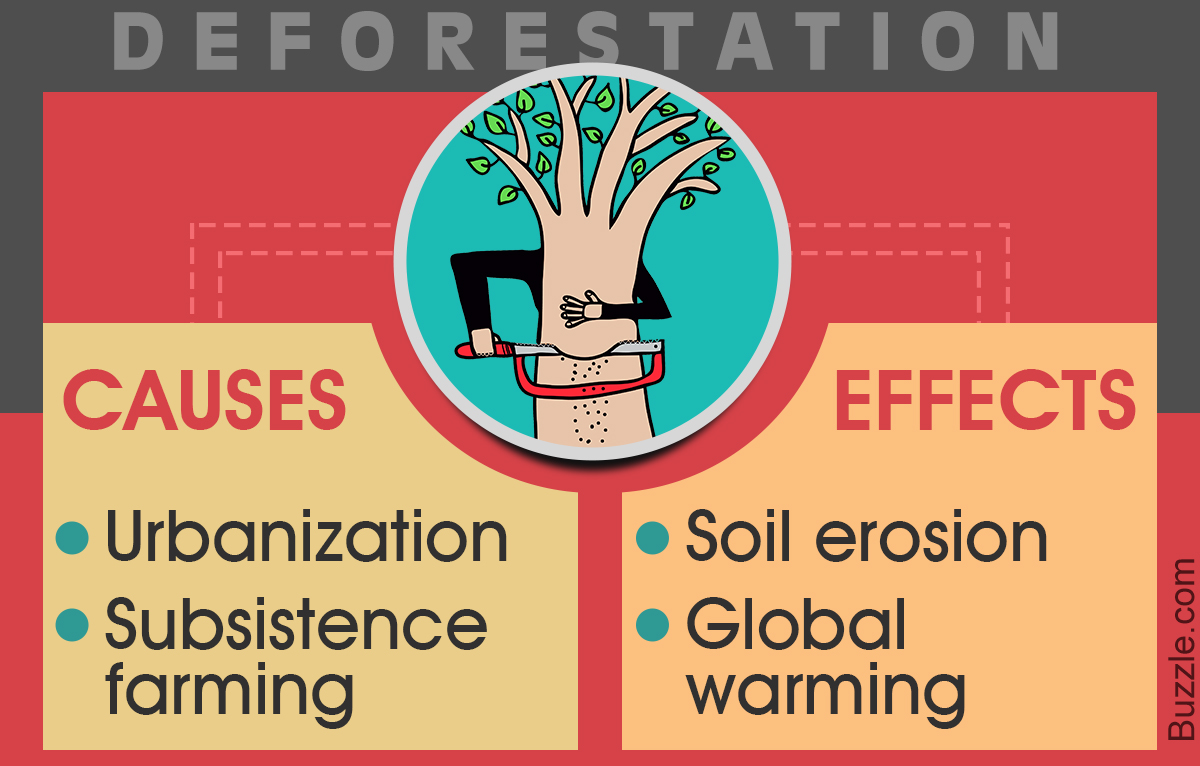 Here are some of the main causes and effects of deforestation. 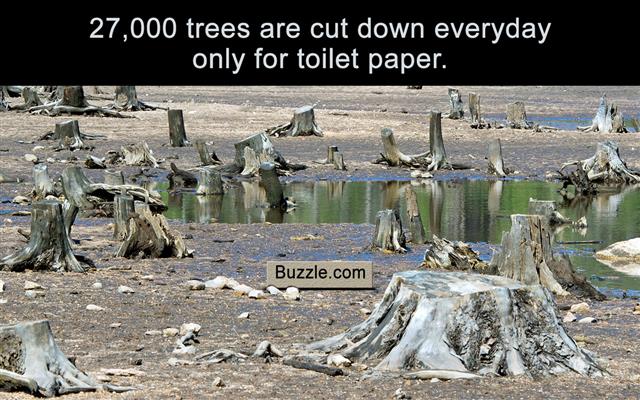 Trees are one of the most important aspects of the planet we live in. Trees are vitally important to the environment, animals, and of course for us humans. They are important for the climate of the Earth, as they act as filters of carbon dioxide. Forests are known as habitats and shelters to millions of species. However, the trees on our planet are being depleted at a very fast rate. According to some estimates, more than 50 percent of the tree cover has disappeared due to human activity. This removal of forest or trees from a land and converting it for nonforest use is called deforestation.

Although humans have practiced deforestation since ages, it was in the mid-1800s that forests began to be destroyed at an unprecedented rate. One of the most worrying factors today is the massive destruction of the rainforest of the world is affecting the biodiversity adversely, as well as being one of the major contributory factors to the ongoing Holocene mass extinction.

What are the Causes of Deforestation?

The deforestation causes include many factors. The destruction of the forests is occurring due to various reasons, one of the main reasons being the short-term economic benefits. Corruption at the government institutions, wealth and power due to harvesting of the riches of the forest, population growth and urbanization are some of the common causes.

The cutting down of trees for lumber that is used for building materials, furniture, and paper products have a major impact on forest life. Forests are cleared to accommodate expanding urban areas. This results in loss of forest area and massive deforestation.

Forests are also cut down to clear land for growing crops, build farms, ranches and other food growing lands.

Forests are cut down in order create land for grazing cattle. Huge herds of animals require food and forests are cleared out to make way for grazing lands for these cattle.

Trees are cut down in developing countries to be used as firewood or turned into charcoal, which are used for cooking and heating purposes.

Some of the other causes are: clearing forests for oil and mining exploitation, to make highways and roads, slash and burn farming techniques, wildfires, and acid rain. Forest fires can occur naturally or in most cases are deliberate attempts by man to clear huge forests. Most of the time, these forests may recover, but usually the cleared land is used for construction and agriculture purposes. This leads to loss of forests and loss of habitat for the local wildlife.

Many government agencies are fighting illegal logging to protect the forests. However, any type of logging legal or illegal leads to deforestation. Trees are cut down indiscriminately by logging companies, to fulfill the demands of the wood market. This does not give a chance to the local wildlife and trees to regenerate and sustain themselves. Thus, leading to loss of wildlife forever.

What are the Effects of Deforestation?

There are a number of adverse effects, that include environmental and economical. Some of these effects are discussed below:

When forest areas are cleared, it results in exposing the soil to the sun, making it very dry and eventually, infertile, due to volatile nutrients such as nitrogen being lost. In addition, when there is rainfall, it washes away the rest of the nutrients, which flow with the rainwater into waterways. Because of this, merely replanting trees may not help in solving the problems caused by deforestation, for by the time the trees mature, the soil will be totally devoid of essential nutrients. Ultimately, cultivation in this land will also become impossible, resulting in the land becoming useless. Large tracts of land will be rendered permanently impoverished due to soil erosion.

Disruption of the Water Cycle

Trees contribute in a large way in maintaining the water cycle. They draw up water via their roots, which is then released into the atmosphere. A large part of the water that circulates in the ecosystem of rainforests, for instance, remains inside the plants. When these trees are cut down it results in the climate getting drier in that area. The groundwater tables are affected and soon get depleted. The trees help in prevention of running off of water and help the soil absorb the flowing water. When there are no trees, water just runs off, leaving no chance for the groundwater tables to absorb more water. Thus, ultimately leading to reduction in water resources.

The unique biodiversity of various geographical areas is being lost on a scale that is quite unprecedented. Even though tropical rainforest make up just 6 percent of the surface area of the Earth, about 80-90 percent of the entire species of the world exist here. Due to massive felling of trees, about 50 to 100 species of animals are being lost each day. The outcome of which is the extinction of animals and plants on a massive scale. The effects on animals is very heartbreaking. They not only lose their habitat and protective cover, they are pushed to extinction. Many beautiful creatures, both plants and animals have vanished from the face of the earth.

One of the vital functions of forests is to absorb and store great amounts of water quickly when there are heavy rains. When forests are cut down, this regulation of the flow of water is disrupted, which leads to alternating periods of flood and then drought in the affected area. Thus, leading to disruption of human settlements and loss of life in thousands.

These are just a few of the causes and effects of deforestation. The consequences are very unpleasant as every form of life on earth is interlinked with one another. Not only do animals lose their homes, but humans dependent on the local ecology are also affected. The water cycle gets disturbed leading to floods and droughts. People dependent on the forests for their survival lose their livelihood. Global warming is another problem looming over our heads. The causes and its effects of this destructive practice can be stopped to some extent, if we all do our bit towards the environment. Reduce emissions by avoiding use of cars and bikes indiscriminately. Make our factories more cleaner and monitor their emissions. Develop better ways of farming that help increase the yield without having an impact on the neighboring forest areas. Forest management and strict monitoring of tree cutting should be carried out by various government and other nonprofit agencies. Reforestation of lost areas and following sustainable practices will help us balance our green cover. Remember, trees give us life, without them it will be impossible to sustain life. 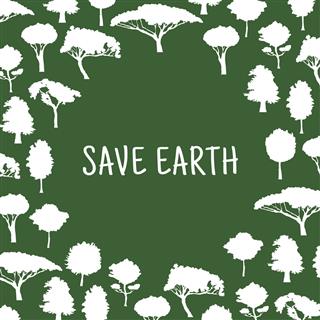 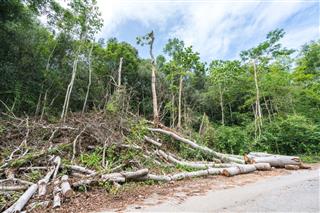 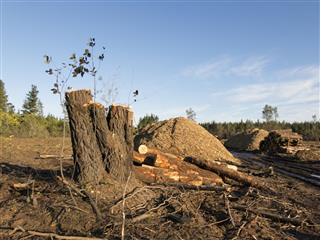 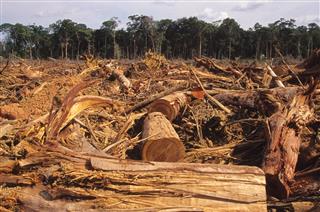 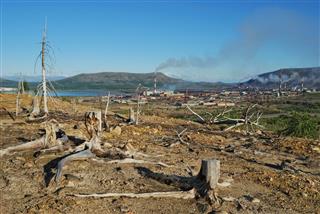 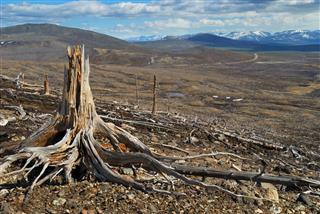 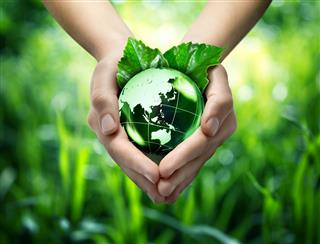 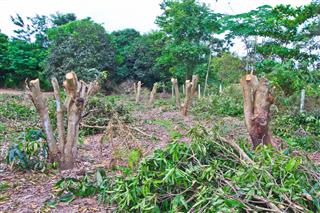 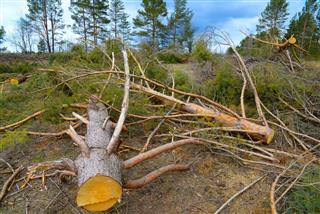 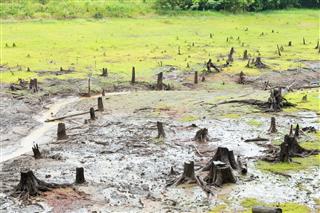 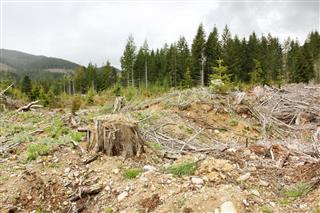 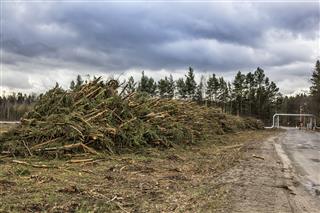 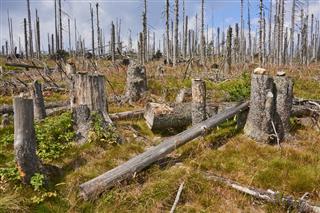 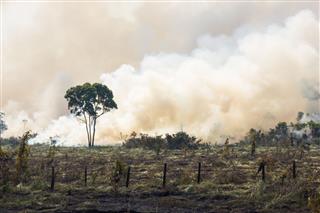 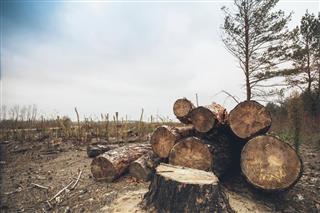 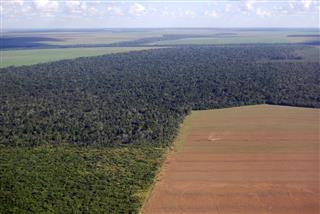 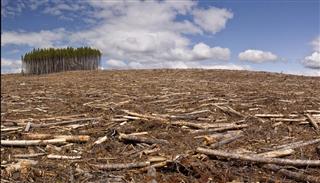