Compelling Reasons Why We Should Recycle

Cutting back on global warming, preventing air and water pollution and saving our energy resources, are the reasons why we should recycle. Factories and industries that produce goods that have become an indispensable part of our lives, add an appalling amount of waste to the environment and recycling seems the only way to save our planet.

Home / Land / Compelling Reasons Why We Should Recycle

Cutting back on global warming, preventing air and water pollution and saving our energy resources, are the reasons why we should recycle. Factories and industries that produce goods that have become an indispensable part of our lives, add an appalling amount of waste to the environment and recycling seems the only way to save our planet. 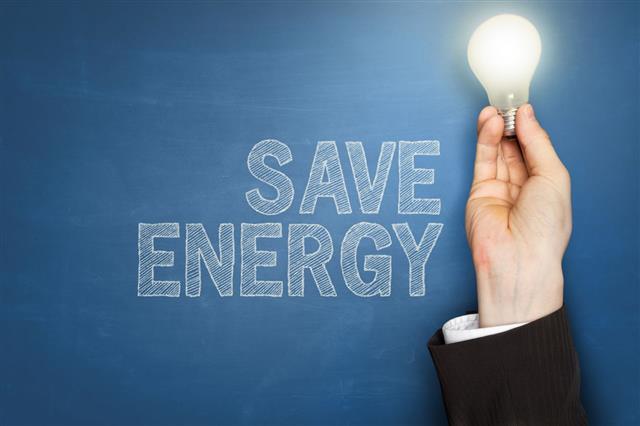 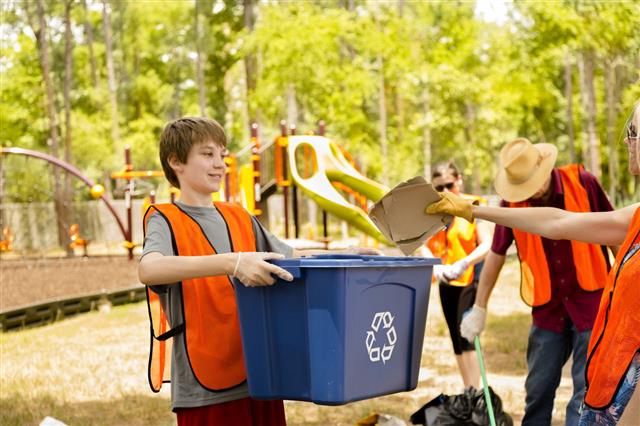 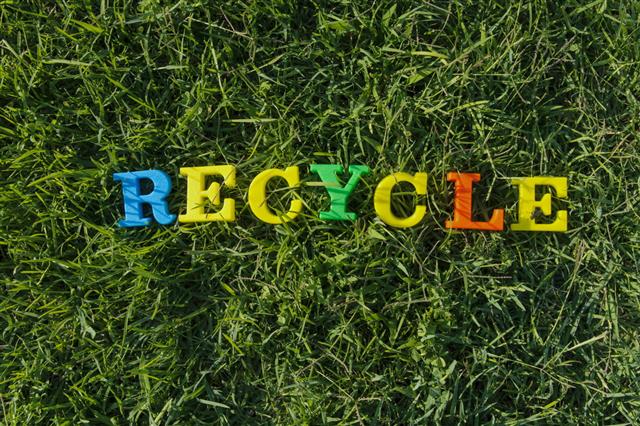 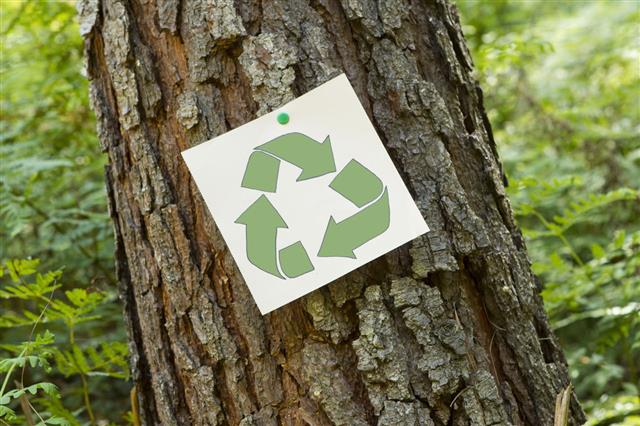 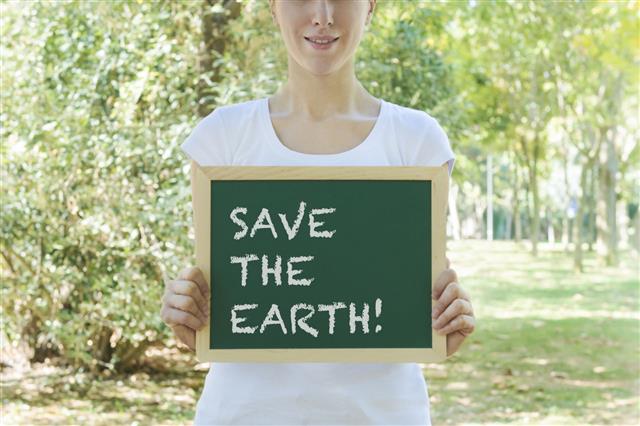 With population explosion we are stretching our natural resources to their limits. The various goods of necessity that the numerous factories and industries are churning out, are not only exhausting our natural resources at an alarming rate, but they are also generating wastes that are the source of serious environmental issues. We have to meet our needs, that just don’t seem to ebb. Nevertheless, one wise way to do that is to recycle used goods. It’s just a single statement, – We should recycle to save the environment that justifies recycling. But a more detailed look at the environmental impact that waste generated by us has, helped us to realize that there are a plethora of reasons for why we should recycle.

What does Recycling Mean

Although we have overworked the planet, we can stop destruction and degradation of the environment by inculcating civic responsibility into the young generation. It isn’t that the aluminum cans and plastic bottles become useless once we have consumed their contents. These objects can be processed and can be reused to make new products i.e recycled. In more technical terms, recycling can be defined as “collecting, separating, processing and marketing” a material that would otherwise have been thrown away. Glass is one material that is 100% recyclable, although every product does not have that quality. Recycling plastic is something that is being seriously considered as it is not biodegradable and is the source of toxic wastes that are released in the environment. Other than plastic and glass, steel cans, paper products and even electronic goods are other commodities that are being considered to be recycled. These days, ‘rainwater harvesting’ (collecting rainwater and using it in the house, office and garden) plays an important role in maintaining the balance of the ecosystem.

Why is Recycling Important?

We are already aware of the amount of gaseous waste that industries spew out everyday. Factories and industries manufacturing items made from plastic and metals release large amounts of toxic gases. With continuous increase in population, demand for these goods also keep rising. If we do not recycle these objects then we have to set up new industries to manufacture these goods. This means more air pollution.

To Solve the Problem of Scarcity of Landfills

Lot of our garbage is disposed off in landfills. But the rate at which we are producing trash, is overwhelming. We are already running out of areas that could be used as landfills and soon there might not be any left either. This crisis is severe in the cities and suburbs. There, the problem is so pressing that landfills are slowly creeping closer to crowded human settlements. This is making human beings vulnerable to diseases.

This problem is related in part to landfills. The waste that is disposed in landfills is not treated. Contaminants from the products in the landfills seep down to lower levels of the soil where they reach groundwater and pollute it. Other than polluting groundwater, scarcity of landfills and the overwhelming amount of waste that we produce has not left us with any choice but to dump waste in seas and oceans. The devastating effect of release of industrial waste in these water bodies coupled with civic waste that are being dumped in the seas and oceans, on marine ecology, is well-known to us. Environmental preservation is one of the most important benefits of recycling.

Another reason why you should recycle is that it saves energy. Recycling most of the products that we use involves much lesser amount of energy than making them anew. For example, recycling paper saves almost 65% energy than making new sheets of paper. If instead of making new products, one pound of steel is recycled then it saves enough energy to light a 60 watt bulb for 24 hours straight!

▶ There are reasons enough for us to recycle plastic. One of them is that plastics are a major source of environmental pollution and are much easy to be recycled that generally thought. Do you know that Americans alone throw away 2.5 million plastic bottles every hour?

▶ On an average, one person uses up two pine trees worth of paper each year.

▶ For every ton of glass recycled, one ton of resources used to make it is saved.

▶ With increase in use of electronic goods, people are also resorting to recycling them. These form a considerable portion of trash that is dumped in landfills. Needless to say that the amount of plastic and other electric components that are used to manufacture these products, are making them a potent source of toxins being released to the environment.

After learning about the various environmental changes that are the direct result of human activity, one should help create awareness about reducing pollution and saving energy. Buying recycled products is an important part of the recycling procedure which helps complete the loop. By doing so, you can take part in the ‘Save Earth’ campaign and can make it a success. Your contribution is very important for the success of the mission. It can help save the resources and can help keep the earth green, pollution-free and beautiful.

You can use ‘wet garbage’ to produce manure for your garden. Thus, you can save a lot of energy and money. By using wind energy or solar energy, you can save other important resources on the earth. You can easily avoid unnecessary use of plastic bags and bottles. Last but not the least, recycling has helped create millions of new jobs. So, it is beneficial for all. The government has already set up units for the same. However, besides sending all the trash to these units, we ourselves could contribute to the process by reusing used products and checking the amount of waste that we generate. 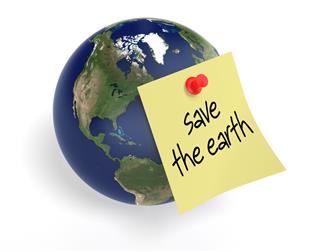 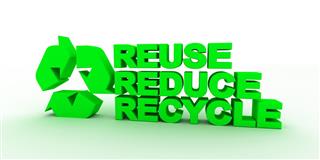 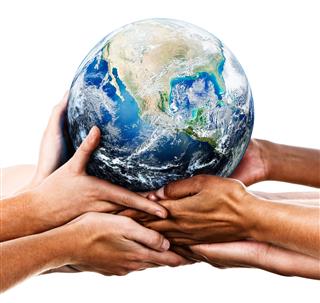 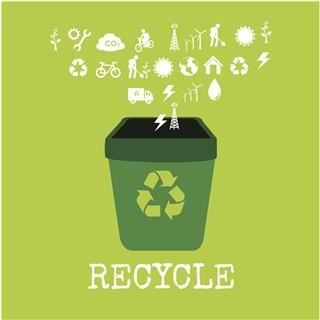