Devastating Effects of Car Pollution on the Environment

There are millions of cars on our roads and each one of them is a potential contributor to environmental pollution. Cars emit poisonous gases which impact the environment, apart from causing numerous life-threatening diseases in human beings. Let us know more about the impact of car pollution on the environment.

Home / Animals / Devastating Effects of Car Pollution on the Environment 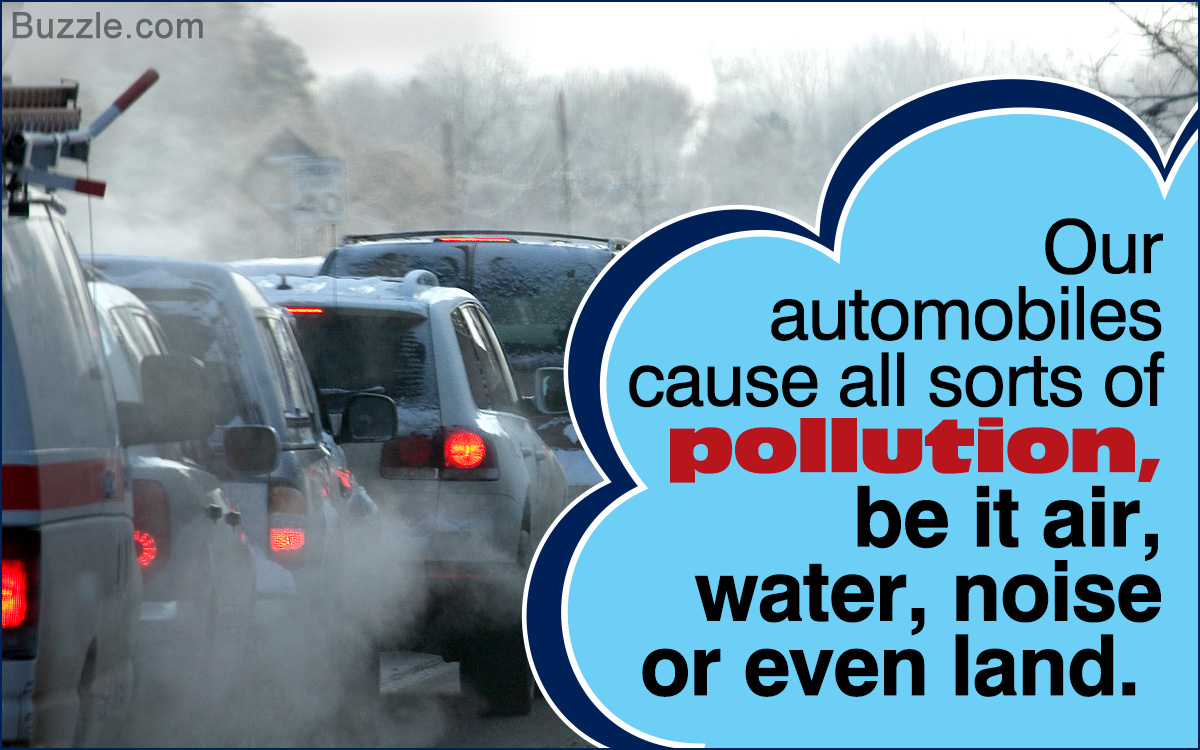 There are millions of cars on our roads and each one of them is a potential contributor to environmental pollution. Cars emit poisonous gases which impact the environment, apart from causing numerous life-threatening diseases in human beings. Let us know more about the impact of car pollution on the environment. 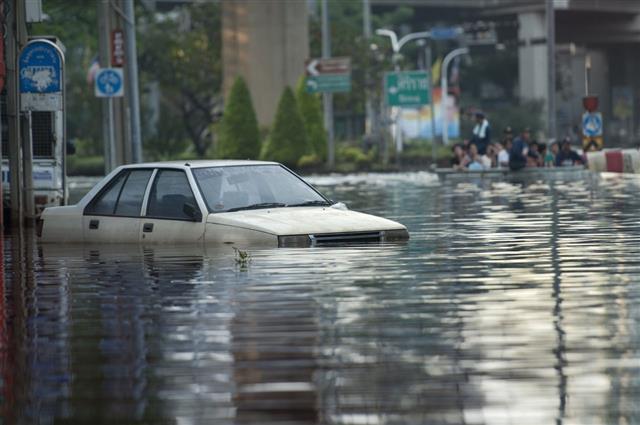 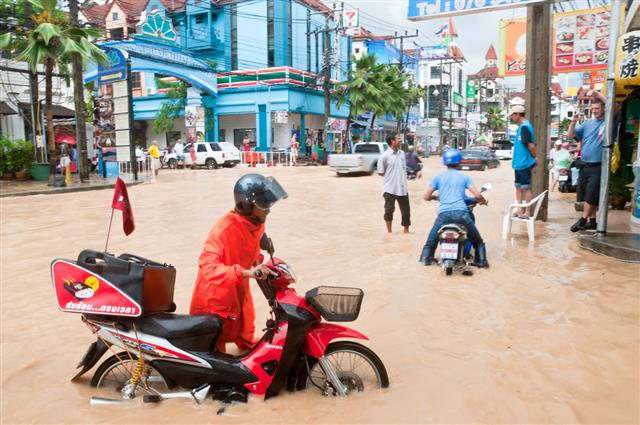 The fact that humans contribute immensely to environmental pollution has been well-established. Among the numerous ways in which we individually add to the level of pollutants in the environment, car pollution tops the list. The obvious reason being that it is one of the widely used modes of personal transportation. Many people, who associate themselves with the cause of environmental protection, sometimes fail to notice that they themselves are on the same side of the fence. Our automobiles cause all sorts of pollution, be it air, water, noise or even land. Lamenting the present scenario or frantic calls for an abrupt end to all things concerning automobiles is a hypothetical idea if we look at it pragmatically. Therefore, the need of the hour is to continue with sustained efforts in producing environment-friendly automobiles and raise awareness among people on this issue. We need to understand our purview on the cause of environmental conservation and work in coadjuvancy to achieve the results. To get a greater understanding on the impact of car pollution on the environment, let us take a look at the topic in detail.

Car Pollution : A Grave Threat to the Environment

The gases that are emitted out from the exhaust of an automobile contain various poisonous gases that are harmful for living beings. Gases like carbon-dioxide, carbon-monoxide, oxides of nitrogen exacerbate the already deteriorating ozone layer. The harmful particles that remain suspended in our atmosphere impact the quality of air that we breathe in leading to numerous respiratory diseases and cancers. Let us take a look at the effect of car pollution on the environment.

The exhaust from the cars contains various greenhouse gases such as carbon monoxide and nitrous oxide. These gases have an ability to block the sun-rays that are reflected from the earth’s surface. This solar energy gets trapped in the earth’s atmosphere and causes variances in temperature. This is one of the major contributors to global warming. According to estimates, the global temperatures have seen a drastic increase in the last hundred years and if we continue adding up millions of cars every year to our roads, the temperature will increase rapidly, posing a threat to the survival of human race on this planet. Most cars are manufactured to achieve perfect combustion of fuel but after some time as the car undergoes wear and tear, the engine is not able to function efficiently which results in the emission of toxic substances. These pollutants are harmful for living beings and cause a host of respiratory diseases and lung cancer in humans. These toxic gases can also destroy plants, which are an important constituent of the ecological cycle. One of the greatest threats that car pollution has posed to the environment is the depletion of ozone layer. Ozone layer prevents harmful Ultra-Violet (UV) rays from reaching our atmosphere. The UV rays can cause a host of diseases and can change the genetic make-up of living beings. Although chlorofluorocarbons (CFC) have been banned from use in automobiles, countries where regulations are less stricter are still using it unabatedly.

Pollution from cars has also impacted the quality of water, as smoke from the exhaust combines with rain, leading to acid rain, which makes its way to oceans and seas. Oil, which is released from cars due to leakage mixes with storm-water and pollutes the natural resources of water. Surveys conducted over the years have found that urban runoff was one of the biggest source of deterioration of the quality of water. The underground fuel storage tanks on which filling stations are housed also contribute thousands of tons of pollutants to water due to leakage. These pollutants impact the balance of the aquatic environment as many plants vegetate quickly resulting in the depletion of water levels. This in turn, makes it difficult for fish and other aquatic organisms to survive. Also, pollutants passed on to the water bodies eventually end up affecting humans as many times, the fish is not inedible and causes numerous diseases.

Cars have increased the decibel levels in the environment which has contributed immensely to noise pollution. Noise pollution has caused a disturbance in the ecological cycle and many animals have had behavioral issues because of high noise levels. Apart from impacting the environment, noise pollution can cause several diseases in humans, such as high blood-pressure and mental stress. Although, it is generally accepted that a single vehicle is not capable of causing noise pollution, but, in cases where people use modified mufflers to alter the sound of their machines, the noise produced by a single vehicle is equal to that produced by hundreds of vehicles. Also, people tend to use heavy stereo systems capable of producing deafening noise levels. A standard stereo system has a amplifiers with configuration of 5 W. However, speakers used in ‘boom cars’ have amplifiers with 700 W. These vehicles add to the level of noise pollution in the environment.

Cars have occupied major portions of our cities and this has contributed to land pollution. Vast areas of barren lands have been turned into parking lots and more are being created to accommodate the growing number of cars that are being added each day. It has been observed that instead of taking responsibility to conserve the environment, we pass the buck to environmental activists. If we cannot fight for environmental causes, we can at least make sure that we are doing our bit to prevent the degradation of the environment. Avoiding the use of a car for short journeys can reduce the pollution levels in the environment. Also, cars that are not properly maintained emit pollutants in higher amounts, so it is necessary to take proper care of the car through regular servicing. It not only helps in preventing pollution, but it also increases the life of your car. If each one of us contributes a little bit, it certainly will make a big difference to environmental conservation. 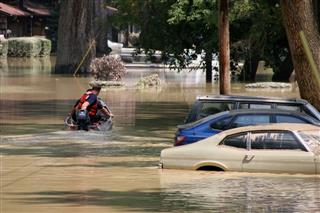 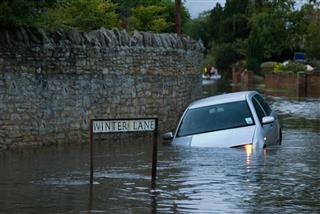 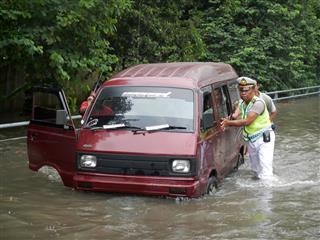 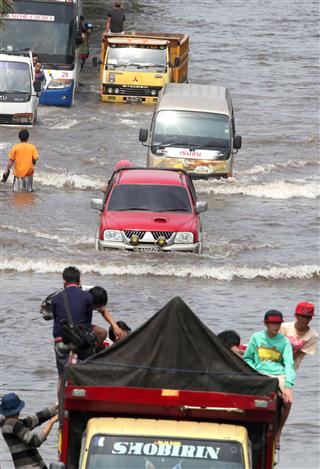