Climate change, extinction of species, and pollution of life-supporting air and water has become a growing concern for nations all over the world. Knowing about the various ways in which humans have affected the environment will help us understand and address the problems better.

Climate change, extinction of species, and pollution of life-supporting air and water has become a growing concern for nations all over the world. Knowing about the various ways in which humans have affected the environment will help us understand and address the problems better. 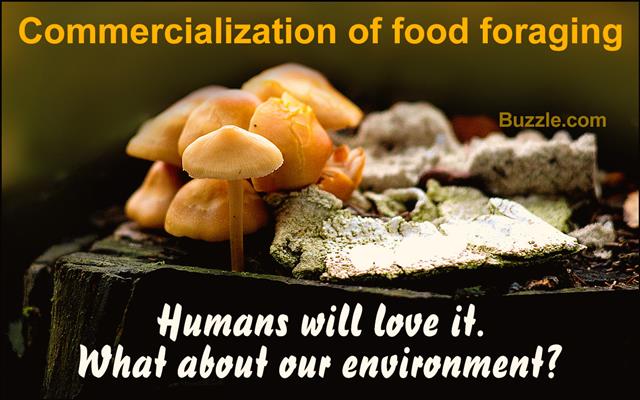 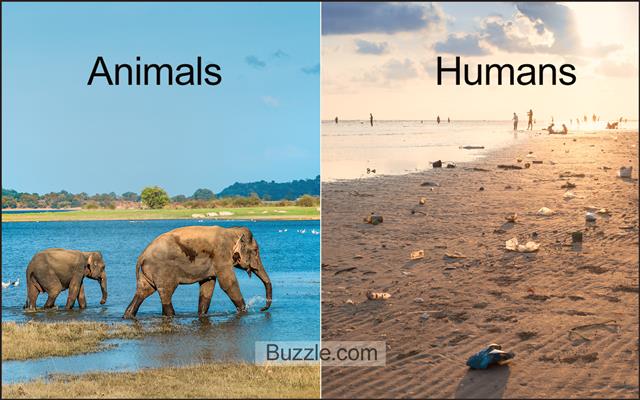 The Intergovernmental Panel on Climate Change (IPCC) was formed in 1988 to study the risk of climate change due to human activity. In the Kyoto Protocol of 1997, industrialized nations agreed to cut down their emissions of greenhouse gases considerably by 2012. Even the G8 committee that began as a response to the 1937 oil crisis and was primarily concerned with the economic issues of the member nations, now unfailingly has something related to the environment in their summits.

Years of thoughtless exploitation of nature by man has resulted in the effects staring right in our face now. The truth, that in the bid to improve our lives, we have put our own survival to stake, has finally hit us hard. Now as more and more studies and research are being carried out to understand the various effects that humans have had on the environment, an increasing number of people are awakening to the fact that the well-being of the environment and survival are intricately woven into each other.

Effects of Human Activities on Environment

Just about a year back, I came across an article in which environmentalists expressed their concerns that if the Gangotri glacier (that feeds river Ganges) kept melting at its current rate, the river Ganges would soon dry up. River Ganges is the holy river of India, which has served as a lifeline for centuries for millions of people on its banks. Rivers have played an important role in the survival of mankind, and many of them are fed by glaciers. Global warming refers to the increase in the temperatures of the earth due to release of greenhouse gases like carbon dioxide and methane from industries and vehicles. This phenomenon is causing the glaciers to melt at an alarming rate. Not just the Gangotri, but even the polar ice caps are melting at a faster rate than they can form. The result is increase in the sea level, and it poses a danger of drowning the low-lying areas. Some of the areas that may go under the sea if the sea levels kept increasing include Bangladesh, parts of Africa and even major cities like London and New York!

The stratosphere has a layer of ozone that protects us from the harmful ultraviolet (UV) rays of the sun. Exposure to these rays cause skin cancer and cataracts. However, the ozone layer filters out the dangerous UV rays from sunlight as it enters the earth’s atmosphere. The cholofluorocarbons (CFCs) that are man-made chemicals are released in the atmosphere through CFC containing aerosols, refrigeration equipment, foam and as by products of certain industrial processes. As these chemicals are released, they rise into the atmosphere and break down the ozone molecules that form the ozone layer. There is an ozone hole in the Antarctic stratosphere that is causing great concern to environmentalists all over the world. Because of the ozone holes in the upper atmosphere, the Earth receives excessive ultraviolet radiation from the sun. This is harmful for trees and plants (and for animals and human beings who depend on plants). The UV rays can destroy a certain type of bacteria known as Cyanobacteria that are important for a number of economically important crops. Researchers are even predicting that excess level of UV rays could lead to the death of the phytoplanktons, that are an important component of the food web of the oceans.

Industrialization has been the hallmark of human progress. However, with industries have come a host of toxic gases that are being released into the atmosphere even as I write this article and you read it. Industries release gallons of liquid waste into the seas and rivers. Some of the effluents percolate down and reach the ground water and pollute it to the extent that it can’t be used by human beings for drinking or cooking. Intensive agriculture and excessive use of fertilizers and pesticides are destroying the natural land and driving animals away. Besides adding to air pollution, the innumerable vehicles running on the roads add to noise pollution that has led to an increase in stress, anxiety and problems related to hearing. Water pollution has led to a decrease in the number of various aquatic animals. Several aquatic life forms are on the verge of extinction. Migratory birds are known to change their course due to pollution or change in weather. Respiratory diseases in human beings is another price that we are paying for polluting the environment. Acid rains can kill trees, destroy crops and fish life in lakes and streams. Ingestion or inhalation of toxic substances increases the chances of having life-threatening diseases like cancer.

Increasing population, industrialization and need of land for development of expanding cities has led man to cut down forests selfishly. Not only are the forests home to a large number of animals, trees are also an important component of the water cycle. The roots of plants hold the soil together and prevent soil erosion. The global forest cover has shrunk to half its area in the last 11,000 years. During the period between 1990 and 2000 itself, the yearly loss of natural forests was 16 million hectares. Deforestation at such alarming rate has been a cause of constant worry for environmentalists the world over. ‘Biodiversity’ plays an extremely important role when it comes to maintaining the life on Earth.

The variety and interdependence of all living things has led to the evolution of world. Man has been killing animals right since the time he acquired the skill of hunting. Although in those times, hunting was the means for survival, human beings continued to kill animals even after they had learned to cultivate crops. The relentless hunting by human beings, sometimes for the hide of a cheetah or the tusks of the elephants, or simply to cook the tasty shark fin soup, has wiped out the existence of a large number of animals in just a century. Besides hunting, human activities like environmental pollution and deforestation has led to the extinction of a large number of animals and plants due to loss of habitat. Recent studies have shown that in North America, 37 animal species have become extinct in the last 50 years due to human activities. Loss of habitat led to the extinction of the Bali subspecies of tiger in 1937. According to the 2008 annual IUCN (International Union for Conservation of Nature) report, there were 16,928 animal and plant species that are threatened of extinction and the list keeps increasing every year.

Despite the indiscriminate exploitation of nature by some people, there are a handful of those that are relentlessly working to reverse the detrimental effects of human activities on the environment. The World Wildlife Fund, European Environment Agency and the National Geographic are some organizations that run programs for the preservation of nature and educate and inspire people to conserve all life forms be it flora or fauna. Here is a small list of activities that can help reestablish the ecosystems.

How can Humans Improve Damaged Ecosystems

We have overworked the planet. Still, we can stop environmental degradation by following certain rules. Creating awareness about the duties and responsibilities of the citizens of EARTH is equally important. Now that we know how humans affect the environment, let us not sit back leaving all the responsibility of conserving our planet on a handful of people. Each one of us can make a valuable contribution towards preserving our environment. Let us do our own bit, for, in the well-being of the environment lies the key to our survival. 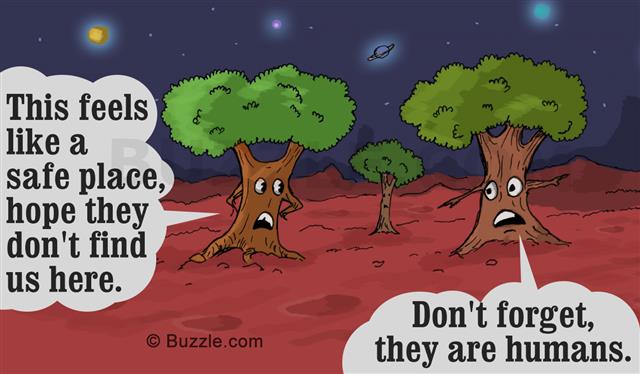 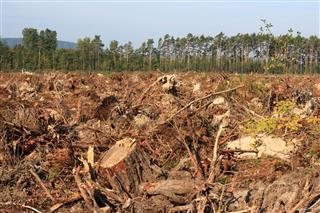 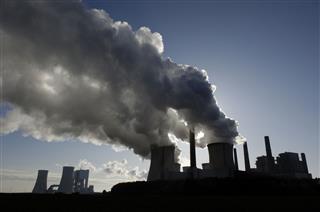 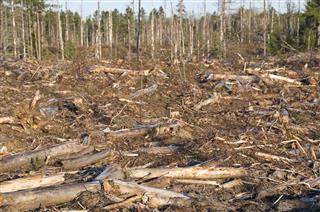 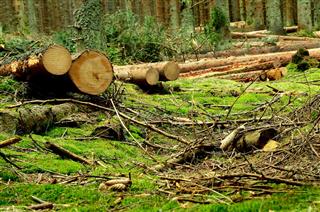 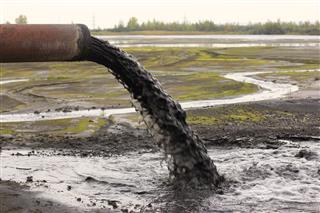 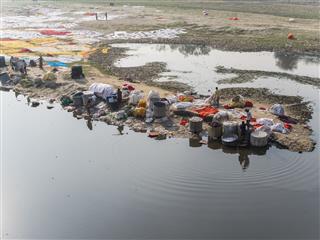 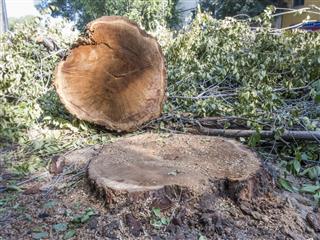 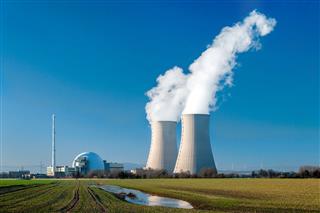 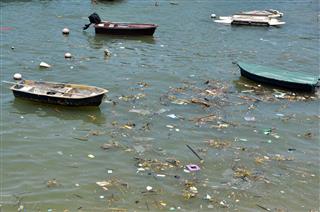 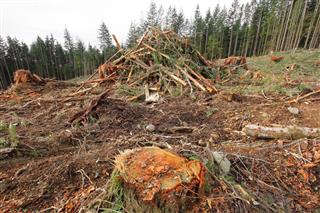 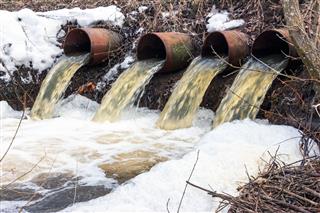 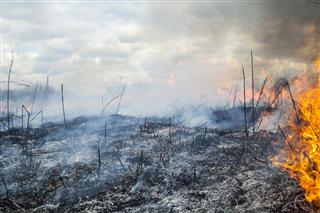 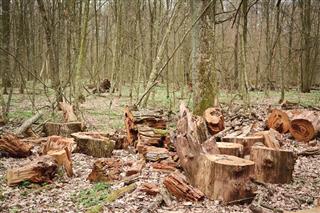 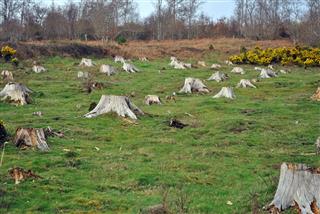 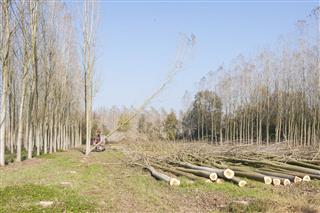 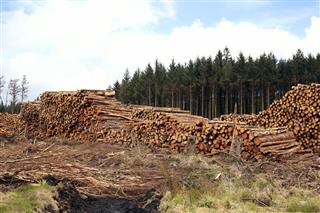 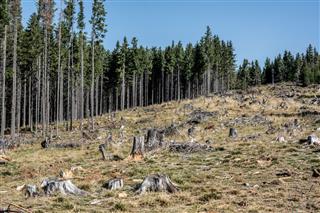 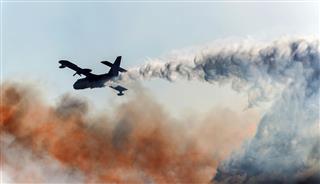 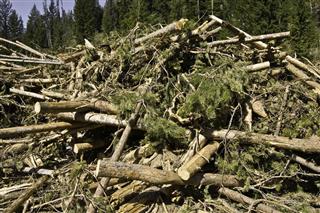 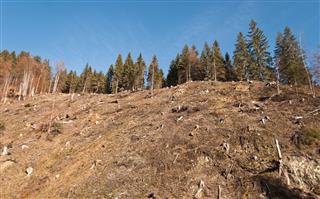