Current Environmental Issues That are Totally and Undeniably True

There are several environmental issues plaguing planet Earth, which have gotten to be a major concern today. Most of these come about as a result of various man-made activities.

There are several environmental issues plaguing planet Earth, which have gotten to be a major concern today. Most of these come about as a result of various man-made activities. 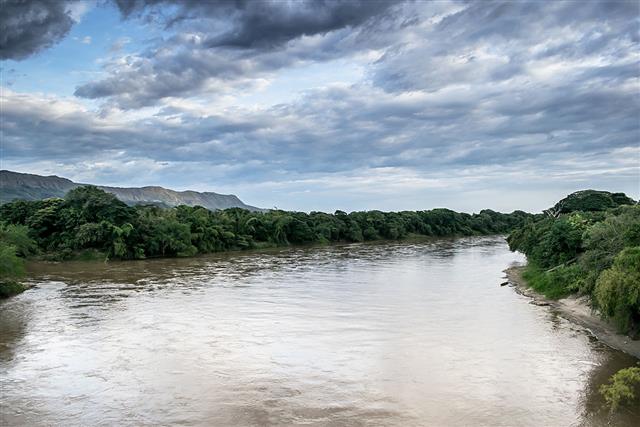 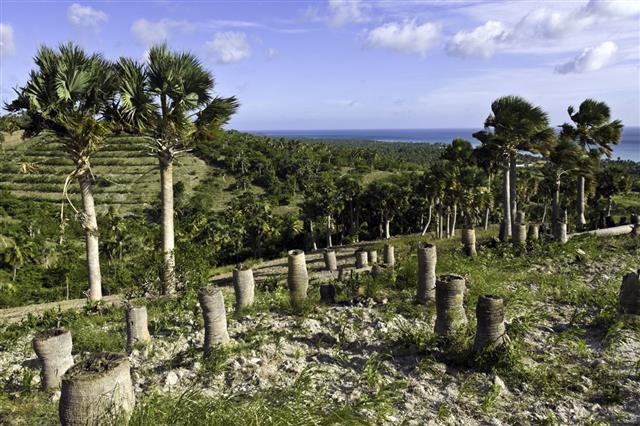 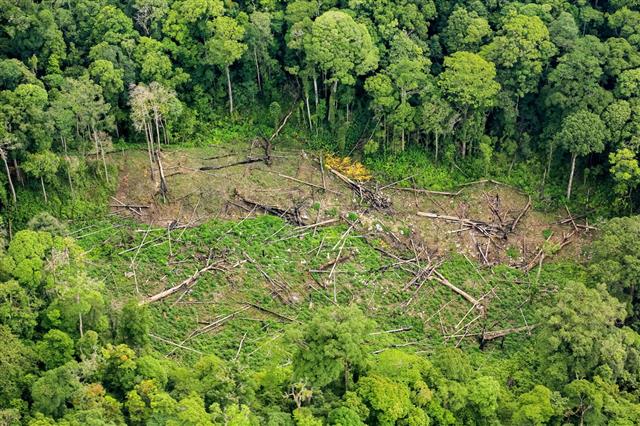 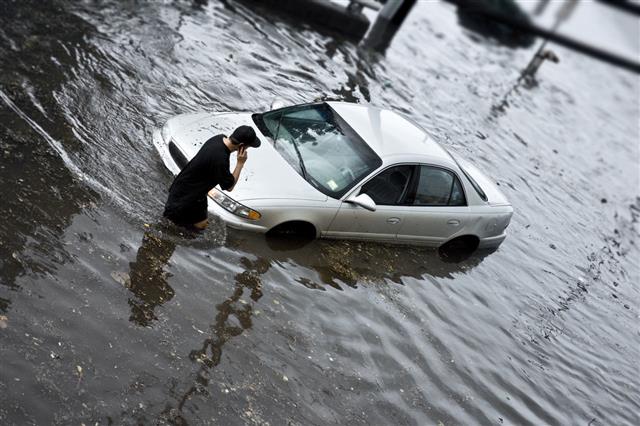 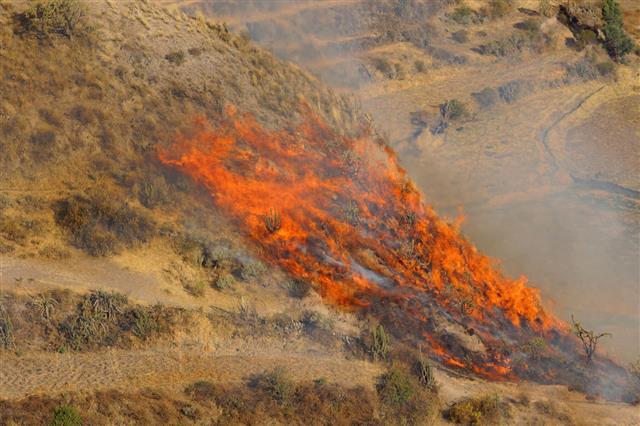 Look around. Does the summer seem hotter than it was last year? Does it seem like the monsoon has given up on a schedule and does just as it pleases? Does it seem weird that there are freak storms and floods? Do you see the green cover rapidly shrinking on planet Earth, and the pollution levels rising? You aren’t the only one who’s witnessing all this. It’s happening the world over. Alarming climatic changes, deforestation, destruction of habitat, and extinction of species as well as rising pollution levels are only some of the current environmental issues that we are faced with.

Ironically, humans have to combat several such ‘man-made’ effects that have harmed Mother Nature in many ways, over the years. ‘What you sow is what you reap’.

Ring a bell? Resisting the temptation to get all condescending, let’s get an insight into some of the major environmental issues that we need to deal with currently.

Global warming is one of the major issues that we are being faced with today. The term signifies an increase in the atmospheric temperature near the Earth’s surface, which is caused due to various reasons. Scientists are of the opinion that, a rise in the carbon dioxide levels will further aggravate this situation.

The greenhouse effect causes the Earth’s heat to be trapped in the atmosphere, which results in increase in temperatures. Global warming has thus caused a change in the climate of the Earth, causing temperatures to rise. This, in turn, has an effect on various species dependent on the basic laws of nature. A change in the same makes survival a difficult issue. A warmer Earth also causes changes in the rainfall patterns, and thus affects humans, plants, and animals as well.

Chlorofluorocarbons (CFCs) are considered to be the main cause of ozone depletion. The term ozone depletion implies a decline in the quantity of ozone in the Earth’s stratosphere. The loss of ozone in the lower stratosphere was first recorded in Antarctica in the 1970s. As we all know, the Earth’s atmosphere is composed of many layers; ozone forms one such layer in the stratosphere. CFCs are used in aerosol sprays as well as air conditioners. These, when released into the atmosphere add to the ozone depletion. The ozone hole in the Antarctic is caused primarily due to these CFCs. Due to ozone depletion, humans are faced with various other problems such as dealing with the harmful effects of UV rays. These affect not only humans, but also affect plants and various species of animals as well.

Pollution is something that we face on an everyday basis. It is probably a problem that we may have become immune to, given our fast-paced lives and the fact that it is being treated as a hackneyed issue, where a lot is spoken about but nothing concrete is ever done.

Air pollution occurs with the addition of harmful chemicals into the Earth’s atmosphere. The main pollutants of air are carbon monoxide, CFCs (Chlorofluorocarbons), nitrogen oxides and sulfur dioxide.

Water pollution is caused when wastes are released into the water and contaminates it.

Soil pollution takes place when the soil is contaminated due to various industrial activities.

Noise pollution occurs when the noise levels (honking, loud speakers, etc.) crosses the normal decibel level. This can have a harmful effect on one’s hearing and lead to more severe after-effects, both physical and psychological (fatigue, irritation, stress, etc.).

With the alarming rate of increase in population, the loss of natural resources has become one of the major concerns. Issues like deforestation, animal extinction, shortage of water, lack of space and food are only some of the concerns brought on by the lack of resources. There are many reasons that lead to the loss of natural resources (increasing demands brought on by population explosion, disregard for nature, human greed). This, in turn, affects the varied ecosystems.

Activities such as overfishing and hunting have even led many species of fish and animals respectively to the brink of extinction. Forests are being cleared to meet the rising demands for the need of paper, wood and land. Mining and burning of fossil fuels have led to further depletion of resources. Then again, this is merely scratching the surface.

Nuclear energy is generated from the splitting of uranium atoms. This energy is used to create steam, which in turn is used to produce electricity. While there are definite advantages of generating nuclear power, what stands equally true is the fact that the process of producing the same harms the environment in many ways. The process of converting uranium into usable energy produces radioactive waste (2000 metric tons of radioactive waste is generated in a year in the USA alone) which is extremely harmful for human, animal and plant health at many levels.

Along with that, the storage of nuclear power at a plant, as well as the fact that most other equipment in the plant will also convert into radioactive material over time and remain radioactive for several years is a major threat. While decaying, radioactive material releases certain particles which leads to damaging effects on health, like cancer. Along with these health concerns, production of nuclear energy also leads to several other harmful effects like emission of carbon dioxide (during mining, transport, waste management and other processes of producing nuclear energy), usage of excessive water and water discharge. This will, in turn, affect the environment at many levels.

Biodiversity refers to the combination of a diverse range of species on Earth. The varied plants, animals and microorganisms, the different ecosystems (coral reefs, deserts, rain forests, etc.) all have a unique role to play in the cycle of Earth. These diverse species lead to the boost of varied ecosystems, which thus enables them to prevent, as well as recover from several disasters. However, due to varied human activities like deforestation, and hunting, the natural habitats as well as the survival of several species are being threatened.

Several plant and animal species are on the verge of extinction, while others have already become extinct. The extinction of animals and plants can lead to varied effects, some of which are – increase in sea levels (leading to floods), droughts, wildfires, forest destruction and more.

The impact of energy on human life is probably only second to agriculture and forestry. That having been said, the negative impact that energy, as a source, has on the environment is quite far-reaching. Energy of any kind, may it be thermal, hydro, nuclear or electric has led to several environmental concerns.

Where earlier the concerns were restricted to the local arena, the issues have now become global. Energy and the activities related to energy production lead to hazards of some form or the other. Extraction of raw material for production (emission of carbon dioxide), transportation, and the conversion to usable forms of resources have a harmful effect. Along with that, it has also led to concerns like acid rain, the greenhouse effect as well as global warming.

Wastes can be of several kinds (industrial, nuclear, chemical, domestic), and each can lead to environmental degradation. From excessive plastic used at home to the radioactive waste produced by nuclear plants, the impact can be disastrous.

Not only are these wastes harmful on their own, but the techniques (or the lack) of waste management and disposal adds to this problem manifold. Emissions from industries as well as toxic by-products like mercury, crude oil, plastic and lead are not properly disposed off. They are dumped into the oceans and soil, thus leading to disastrous impacts on all life forms.

Of these, oil spills have become another major concern. These wastes lead to the destruction of natural habitats of both plants and animals and other species as well, in both land and water. They therefore make the environment toxic. Along with increasing the risk of extinction of several species, it also leads to other health concerns such as the development of fatal diseases like cancer and lead poisoning.

These are some of the current environmental issues we are facing today. With an effort from each individual, we can only hope to save our planet from being completely destroyed in the near future. 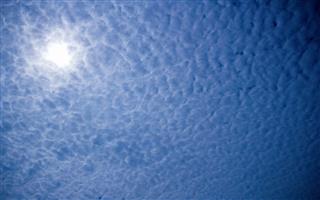 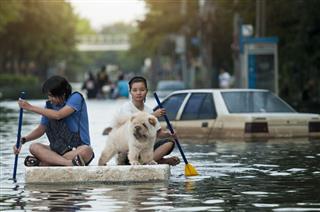 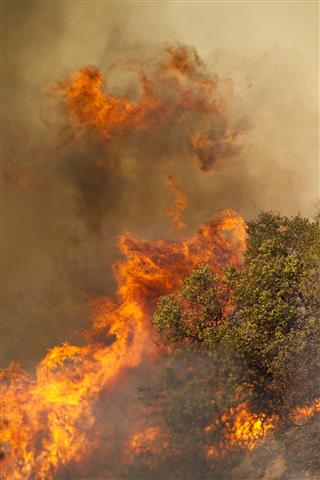