Air Pollution Facts That Will Totally Blow You Away

Air pollution is caused when air is contaminated with poisonous substances, particulate matter, and droplets of liquid, which damage the health of human beings and other living organisms.

Home / Animals / Air Pollution Facts That Will Totally Blow You Away

Air pollution is caused when air is contaminated with poisonous substances, particulate matter, and droplets of liquid, which damage the health of human beings and other living organisms. 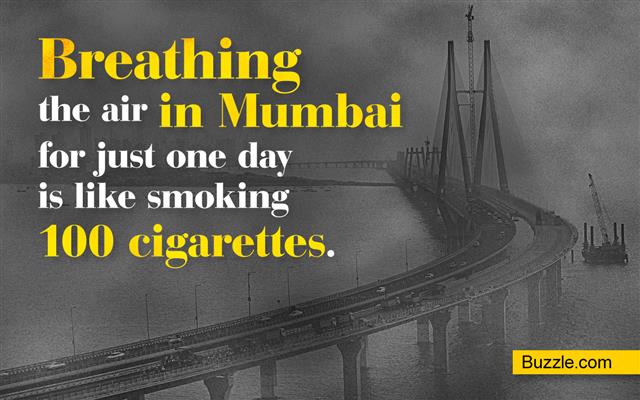 In cities, the air gets polluted by exhaust fumes of vehicles along with the pollutants given off by construction work and industries. In the countryside, dust given off by tractors working on fields, vehicles being driven on gravel or dirt tracks, wood being burnt, and work carried out in rock quarries, are some of the causes of air pollution.

Therefore, air pollution not only threatens the health of human beings but also disturbs the ecological balance to a great extent. Let’s probe further and find out the current scenario.

» Natural Sources- They include emission of methane by animal dung, smoke from volcanoes and wildfires, volcanic ash, sulfur, and other particulate matter from volcanoes, dust from areas sans vegetation, etc.

» Point Sources- The sources that are stationary and do not move are called point sources. For example, power plants, industries, and the like.

Nitrogen Oxides (NOx) – It contains two forms, nitrogen monoxide (NO) and nitrogen dioxide (NO2). Nitrogen dioxide is found in large amounts and is produced both naturally (thunderstorms) and from factories and power plants.
Sulfur Oxides (SOx) – Mainly constituting sulfur dioxide, these oxides are the by-products of several industrial activities and volcanoes. Along with NO2, they often lead to the formation of acid rain.

Ozone (O3) – Ozone forms when nitrous oxides and hydrocarbons react with sunlight. Presence of ozone in the atmosphere is important because it filters out the harmful ultraviolet rays. But it becomes a cause of concern when it occurs near the Earth’s surface and is inhaled. At high levels, it becomes a major constituent of smog.
Peroxyacetyl nitrate (PAN) – It is also a product of nitrogen oxides and volatile organic compounds, forming a component of photochemical smog.

– A major air pollutant in cities is the ozone present at ground level. When inhaled, it causes reduced lung capacity, choking, and coughing.

– According to a study conducted at The Center for Ecology and Hydrology in Great Britain, living in a major city places people at a higher risk of having a heart ailment than living in the radioactive zone in Chernobyl.

– We breathe about 2 gallons of air every minute. Thus, a typical human lifespan can be reduced by 1-2 years from inhaling polluted air.

– According to the World Health Organization (WHO), about 7 million premature deaths are caused each year due to air pollution in cities across the world.

– A recent study by the National Institute of Environmental Health Sciences (NIEHS) has revealed that exposure to fine particulate matter in polluted air increases the risk of hospitalization due to respiratory and cardiovascular diseases. Of late, the number of people diagnosed with asthma grew by 4.3 million from 2001 to 2009.

– Vehicle emissions contribute up to 45% of carbon monoxide emissions in the US and about 95% in larger cities.

– According to a study conducted by the University of Birmingham on urban population, inhalation of the fumes of heavy traffic shows a strong correlation with the deaths caused by pneumonia every year.

– A Scottish survey shows that jogging with traffic around, results in reduced blood flow to the heart, dangerous for people with coronary heart disease, as it can trigger cardiac arrhythmia, or a heart attack.

– A study spanning 20 years, conducted on the residents of Los Angeles, revealed that the adverse effects of air pollution have been grossly underestimated. The researchers opine that chronic health problems due to particulate matter in the air may be greater than the estimates available currently.

– When air is polluted, it causes irritation of throat, lungs, and eyes. Some of the common symptoms are burning sensation in eyes, tightness in chest, and coughing. It exacerbates respiratory conditions, like emphysema and asthma, and reduces the body’s capacity to fight infections of the respiratory system.

– Kids tend to spend more time playing outside, thus breathing polluted air, affects their health more than the adults. A study conducted on eight-year-old in Mexico City, reflects that being exposed to high levels of polluted air for a long time, reduces lung function and child growth.

Health, environmental, and economic impacts of air pollution are adverse and significant. However, there are different ways to prevent air pollution. No doubt the environmental protection agencies and the government are taking steps to reduce it by implementing various policies, such as the National Environmental Policy Act. According to this act, one has to go through all the enlisted procedures and provide the necessary documents to make sure that the environment stays protected. Similarly, by the Clean Air Act Amendments (CAAA), the states can be penalized if the air quality standards are not fulfilled. Nevertheless, these efforts will prove fruitful only if every citizen acts in a responsible manner towards the environment. 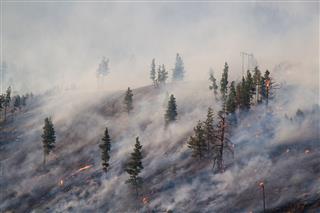 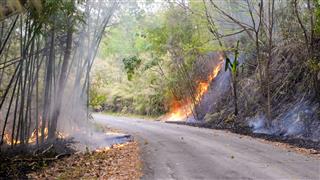