World’s Top 10 Most Polluted Rivers: The Names Will Scare You

Several rivers around the world are polluted today, due to reasons such as heavy industrialization, lack of public awareness, and weak government policies. Here's our list of the top ten most polluted rivers in the world.

Home / Animals / World’s Top 10 Most Polluted Rivers: The Names Will Scare You

Several rivers around the world are polluted today, due to reasons such as heavy industrialization, lack of public awareness, and weak government policies. Here’s our list of the top ten most polluted rivers in the world.

“In 44% of all river bodies and streams, it’s not safe to fish or swim. And yet industrial polluters continue to block legislation that would prevent mercury and MTBE from polluting our water supplies and leaving children with debilitating diseases.”
– John Kerry

River, one of the most powerful forces of nature, has been revered the world over since the ancient past. These massive freshwater bodies have always been an excellent source of water and food. This is precisely the reason why rivers have been called ‘the sources of life’. Some of the most advanced civilizations of the world have originated and flourished on the banks of major rivers; in fact, they have also been known by the names of the rivers. Apart from being sources of sustenance, rivers have also aided in transportation and trade. Nevertheless, no matter how generous the rivers seem to be, most of them have displayed their destructive powers from time to time, in some instances by flooding the settlements on their banks, in others, by drying up themselves, thus depriving depending humans of water.

But, ever since the ancient past, humans too have been destroying and polluting the rivers to a great extent. History has shown us that human intervention in nature always disrupts its balance in some way or the other. Today, a large number of rivers in the world have been polluted by human intervention, and it is indeed very unfortunate to note that many of them are on the verge of dying. Let’s take a look at the ten most polluted rivers in the world.

A 2012 report by a campaign group, Environment Missouri said that in 2010, about 12.7 million pounds of toxic waste was dumped into the Mississippi river. This included poisonous chemicals such as nitrates, benzene, and arsenic. This cardinal river of North America’s largest drainage system is the greatest natural and economic resource for the heartland of the United States. The Mississippi river valley is one of the most fertile agricultural areas. Today, the region that surrounds the mouth of the river is called the ‘Dead Zone’, as the harmful algae growing in the polluted river absorbs all the oxygen, thus making it impossible for any other organism to survive.

Known to the ancient Romans as Sarnus, the Sarno river is regarded as the most polluted river in the whole of Europe. It originates at Mt. Sarno and passes through Pompeii to the south of Naples. Though the river is still partially used for transport and fishing, the major portion of it has been polluted by colossal amounts of industrial and agricultural waste that is dumped in the river each year. When the river flows into the Bay of Naples, it, in turn, also contaminates the marine environment.

The Marilao river flows through Metro Manila in the Philippines. Its pollution is one of the major causes of concern for both, the government of Philippines as well as for the world. Hazardous non-recyclable objects such as plastic bottles, rubber slippers, etc., are commonly found floating on the river. Added to this, all sorts of toxic industrial waste products are dumped into the river each day and household garbage is also discarded in stupendous quantities. This has made the river water infected, and hence dangerous.

The second longest river in Asia and the sixth longest in the world, the Yellow river originates in the ‘Bayan Har Mountains’ in Qinghai province of western China and terminates into the Bohai Sea near the city of Dongying in Shandong province. Considered to be ‘the cradle of Chinese civilization’, and once, as the main source of drinking water, this river has been suffering from severe pollution that has practically made about a third of it, unusable. According to a report by the United Nations Environmental Program, about 4.29 billion tons was industrial waste and sewage was discharged into the river in 1996. Of late, in the city of Lanzhou, the water of the river has suddenly turned red due to the discharge of a certain unidentified contaminant from a local industry. Owing to this, the water of the river is now largely regarded as ‘unfit for human consumption’.

This river forms the eastern boundary of the State of Israel and the western boundary of Jordan. This was supposedly the river in which Jesus was baptized by John the Baptist. Today, it lies in a rather sorry state. In 1964, the government of Israel constructed a dam on the river, which disturbed its ecosystem. Now, its water is contaminated by a massive amount of untreated sewage, thus not only destroying the river itself, but also releasing a foul smell. Agricultural discharge into the river is also one of the main causes of concern.

Originating from the Yamunotri glacier in the Lower Himalayas, Yamuna is the largest tributary of the Ganges. It flows through several states of North India, and creates a very fertile and alluvial region at its confluence with the Ganges. By far, it is the second most polluted river in India, after the Ganges. Millions of tons of household garbage is discharged into the river each day, and every attempt to curb this has failed till date. Traces of poisonous insecticides have also been found in the Yamuna, recently. Extreme urbanization and soil erosion are also serious causes of concern.

Buriganga is economically one of the most important rivers in the largely riverine country of Bangladesh. This river, which has been aiding trade since the 17th century, was also one of the main sources of Dhaka’s drinking water. Today, however, it has become a large mass of extremely polluted water, contaminated by hazardous pollutants such as industrial and household waste, sewage, medical waste, oil, plastics, and dead animals. Reports suggest that as much as 4500 tons of solid waste is discharged every day into the river from Dhaka alone. Despite efforts by certain environmentalist groups, the government of Bangladesh has not been able to execute concrete measures for saving the Buriganga and other rivers from getting polluted.

This river flows through Buenos Aires, the Argentinian capital city. Translated into English as ‘the slaughter creek’, this 64 km foul-smelling river is full of toxic substances. Millions of tons of sewage is discharged in the river each day, alongside the enormous amount of household waste. Chemical waste discharged into the water by various petroleum companies is also one of the major contaminants. Several attempts have been made till date by the Argentinian government and various pressure groups to bring the pollution under control but unfortunately, none of them seem to have worked well enough.

Considered to be the holiest river in Hinduism, the Ganges originates at the Gangotri glacier in the western Himalayas and flows through the Gangetic plain of North India, and then enters Bangladesh, where it meets the Bay of Bengal. In 2007, Ganges was ranked as one of the five most polluted river in the world. Owing to its religious association, the contaminants polluting this river are numerous and varied. The pollutants range from toxic industrial waste to sewage to plastics and innumerable religious offerings made to the river each day. Added to this, people bathe in the ‘holy’ waters, wash their clothes, cook on its banks, and dispatch dead bodies. According to a recent study by the Indian Council of Medical Research (ICMR), the Ganges is so full of toxic pollutants that people staying close to its banks are more susceptible to cancer than anywhere else in India.

Flowing through the Indonesian province of West Java, the Citarum river is an important resource helping in agriculture, water supply, industry, fishery, and production of electricity. However, the river is in extreme crisis. It is now, filled with millions of tons of domestic and industrial waste. The surface of the water is so densely covered by all the pollutants that the actual river water is hardly visible. All sorts of pollutants such as plastic bottles, tires, rubber gloves, broken household furniture, sewage, harmful chemicals, heavy metals, etc., are present in the river, thus disturbing its ecosystem. According to reports, the mercury level in the river is 100 times more than the legal amount. In fact, in many parts, the river is on the verge of dying. There are three hydroelectric power-plant dams installed along this river, and according to experts, with the increase in pollution, these plants will stop functioning and the entire area will be plunged into darkness.

It is indeed unfortunate that most rivers, which could have been used for various constructive proposes are being polluted and contaminated, largely due to human intervention. An important source of food and water is under extreme crisis. A lot of efforts have been made worldwide till date, in order to curb the amount of harm caused to rivers due to pollution. However, most of them have either failed or not yielded the desired results. However, hope remains as long as governments and the people in general show sensitivity, regarding these most important freshwater resources which bestow them with life. 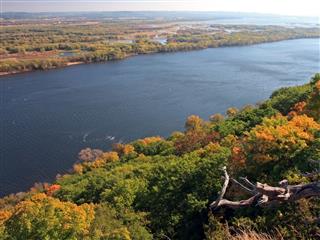 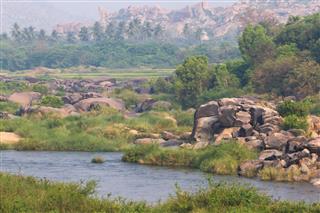