The Adverse Effects of Noise Pollution on Human and Animal Health

Noise pollution effects on human health, such as hearing loss and cardiovascular diseases, can bring day-to-day activities to a standstill. To know more about noise pollution, read on... 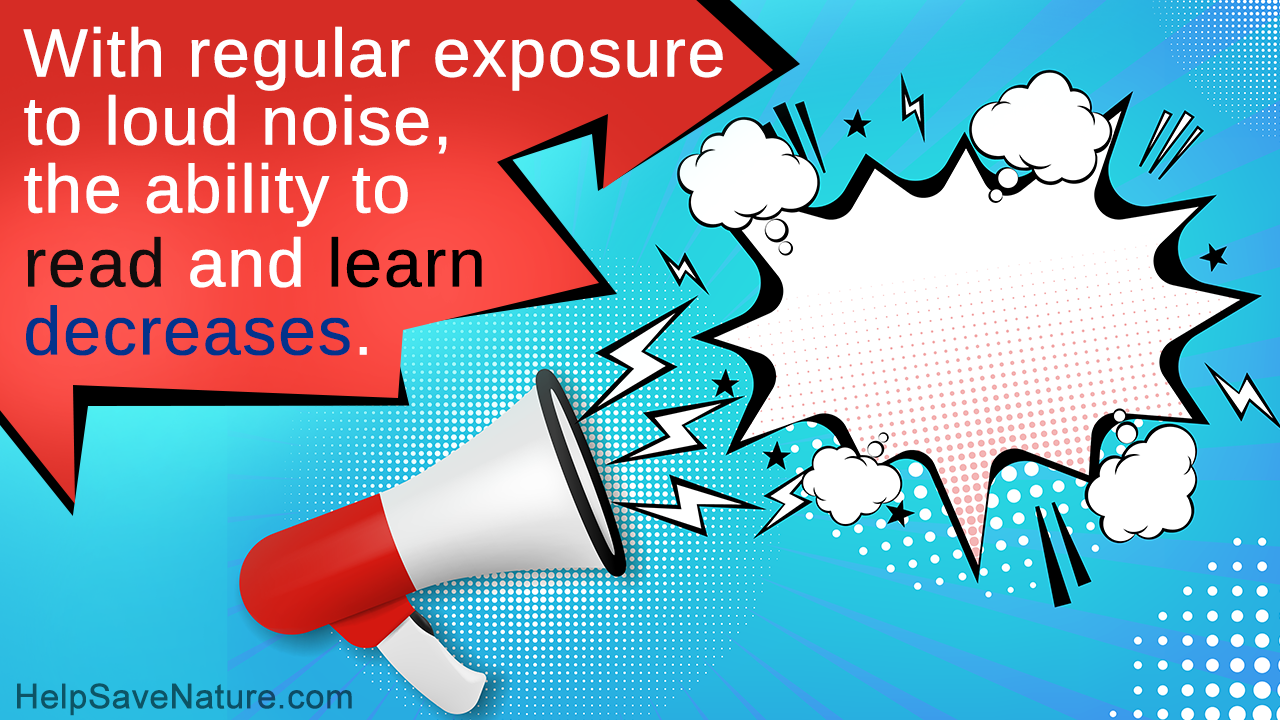 Noise pollution effects on human health, such as hearing loss and cardiovascular diseases, can bring day-to-day activities to a standstill. To know more about noise pollution, read on…

Undesirable sound is referred to as noise. In recent years, noise pollution has been a hot topic of discussion among researchers. Noise that is continuous or lasts for a short period can equally be detrimental to our health. Some music enthusiasts say that intermittent noise is not hazardous, but this isn’t true, even intermittent noise can negatively impact human hearing in the long run. Common sources of noise include vehicular traffic, factories involved in the manufacturing process, and home appliances like vacuum cleaners and music systems.

The impact of noise on human health is a matter of great concern. The reason being the adverse consequences that high noise levels have on human health. Noise pollution can affect us in several ways, some of which are listed below:

Exposure to noise can damage one of the most vital organs of the body, the ear. Hearing impairment due to noise pollution can either be temporary or permanent. When the sound level crosses the 70 dB mark, it becomes noise for the ear. Noise levels above 80 decibels produce damaging effects to the ear. When ear is exposed to extreme loud noise (above 100 decibels) for a considerable period of time, it can cause irreparable damage and lead to permanent hearing loss.

With regular exposure to loud noise, the ability to read, learn and understand decreases significantly over time. Problem solving capabilities and the ability to recall may also decline due to frequent bombardment of noise. Noise pollution can also increase the margin of error as well as hamper your productivity at office. Research has proved that children studying in noisy environment tend to show relatively low cognitive function. For instance, the cognitive status of children sent to schools that are in the close proximity of highways is less in comparison to those learning in quieter surroundings.

A noisy environment can be a source of heart related problems. Studies have shown that high intensity sound cause a dramatic rise in blood pressure as noise levels constrict the arteries, disrupting the blood flow. The heart rate (the number of heartbeats per minute) also increase. This was evident in one study wherein the heart rate of children staying in noisy surroundings was measured. It was found to be more than the heart rate of children living in less noisy environment. These sudden abnormal changes in the blood increase the likelihood of cardiovascular diseases in the long run.

Difficulty sleeping due to exposure to high decibel noise can deter your overall well-being. It is a known fact that noise can interrupt a good night’s sleep, and when this occurs, the person feels extremely annoyed and uncomfortable. People deprived of uninterrupted sleep show a sharp dip in their energy levels which often results into extreme fatigue. This can considerably decrease a person’s ability to work efficiently.

A noisy environment that produces more than 50-60 decibels simply does not allow 2 people to communicate properly. Interpreting the speech of a second person becomes quite difficult and may lead to misunderstandings.

Exposure to loud sound can lead to elevated stress levels as well as stimulate violent behavior. A constant noise in the vicinity can also trigger headaches, make people tense and anxious, and disturb emotional balance.

Anxious behavior in animals is commonly observed in the form of trembling when they are exposed to high decibel levels. Intolerable noise levels can decrease a cow’s capacity of milk production. These animals require a calm and relaxed environment to provide a better milk yield.

Research has proven that aircraft induced noise is responsible for a significant decrease in reproduction activity in a wide range of animals. The ill-effects of noise can also be seen on chicken in the form of a sharp drop in egg production. Stunted growth in chickens due to intense noise has also been observed.

Underwater animals such as whales and dolphins too experience discomfort due to noise pollution caused by submarines, shipping companies, and sonars.

Recent studies on impact of low and high intensity sound on marine life showed that aquatic animals like cuttlefish and octopus suffer serious damage from noise pollution. The sound produced from oil-drilling and other activities like commercial shipping can damage auditory processing functions of these animals. In fact, certain incidences have shown that high frequency sound could actually kill cephalopods (species of shellfish). This was evident when offshore vessels utilized air guns that generate high intensity sound for commercial purposes. Cephalopods suffered a life-threatening impact. The high decibel noise led to the development of lesions in their auditory processing systems, which eventually caused their death.

Birds in urban areas, that use their sharp hearing abilities to hunt prey, are at loss due to intervention of man-made noise. High noise levels can also negatively affect the breeding and feeding patterns of some animals. This is one of the reasons why certain species have become extinct.

Birds that make sound at lower frequencies for communication bear maximum impact of the noise pollution. The high noise levels camouflage their sound, making male birds difficult to draw attention of female birds. Some male birds tend to sing at a higher pitch during noise pollution. However, this change in vocalization is far from melodious and seldom successfully attracts a receptive mate.

Sea animals produce varying sound levels among each other. However, the noise of commercial ships does not allow these animals to communicate properly, which can wreak havoc on their reproductive function. Sonar navy tests can hurt the whale’s ear and reduce its ability to breed and feed.

Like water and air pollution, noise pollution too needs to be controlled. To bring down noise levels, one has to first identify the sources of noise. Considering the ill effects of noise, some preventive steps need to be taken to reduce noise levels at the source. Here are some tips to limit the noise

People living in the heart of city or near the airport, often have to bear the brunt of high noise levels. Those staying near the airport find aircraft noise disturbing their peace of mind. In order to tackle aircraft noise, one way is to design engines that make less noise. Another way to reduce noise entering your house is to install sound barrier secondary glazing system on your windows. This method has been effective to protect homes from high decibel noise.

Use of music systems and television sets with high volumes can cause noise pollution at home. Instead, using these appliances with the volume kept at a moderate level is a better option.

An effective way to manage noise would be to wear ear protection devices like earmuffs while working in noisy conditions. Animals should be moved to some other place, away from the noise source, thereby decreasing their noise exposure time.

Vehicles and factory machines need to be maintained properly and checked from time to time. Lack of maintenance will not only increase noise levels, but also decrease the efficiency of these machines.

Noise pollution effects on the environment have also been studied. It is observed that keeping plants in a noise producing environment can have an adverse impact on their growth and nutrient intake. On the whole, noise being unwanted sound, is naturally a disturbance to the ears. The impact of noise on mental and physiological health on humans and animals alike, cannot be overlooked. Hence, taking the aforementioned precautions to curtail noise pollution would definitely show reduction in this new urban menace (noise). 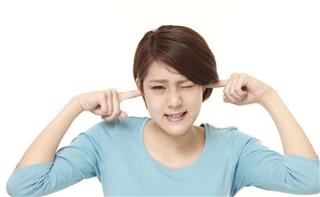 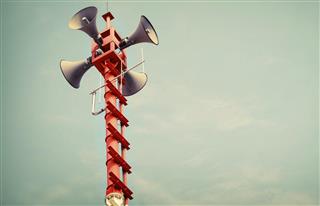 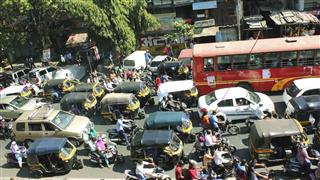 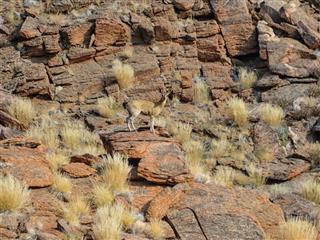 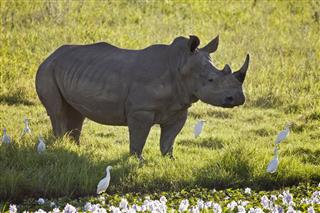 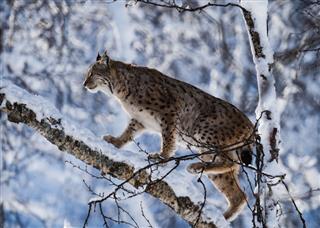 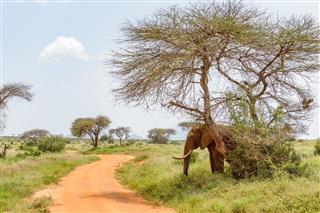 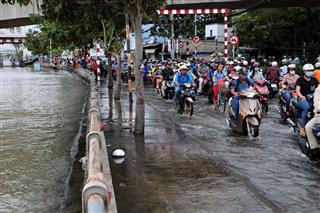 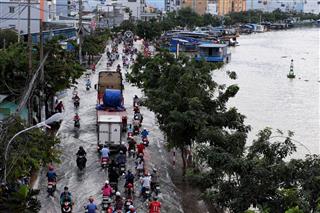 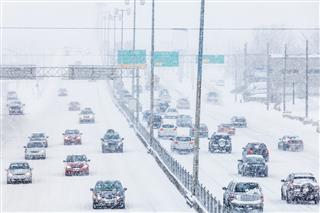